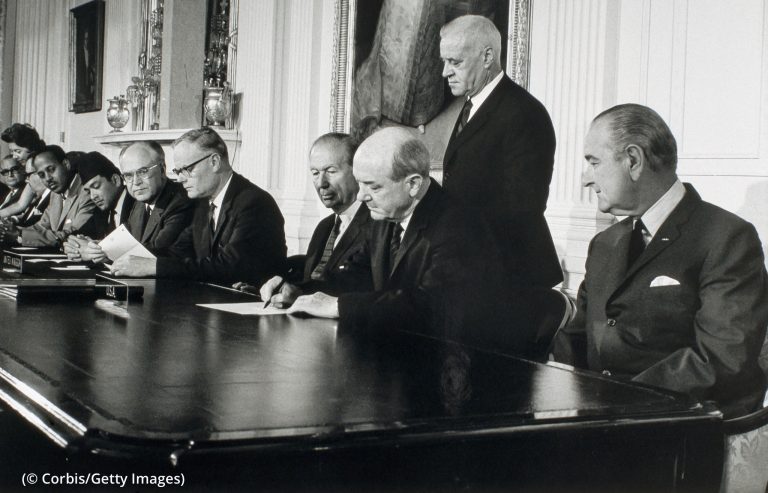 The Nuclear Non-Proliferation Treaty at 50 (February 27)

The NPT is the cornerstone of the nuclear nonproliferation regime, reinforcing international peace and security and preventing the further spread of nuclear weapons. Global nuclear stockpiles are at their lowest levels since the 1950s, according to the Federation of American Scientists.

The treaty, which entered into force March 5, 1970, is the fundamental internationally binding agreement aimed at curbing nuclear proliferation and has the broadest support of any nuclear-related treaty in history.

Countries that joined the NPT agreed to take these actions:

“The NPT has provided the essential foundation for international efforts to stem the looming threat that nuclear weapons would proliferate across the globe,” Secretary of State Michael R. Pompeo said in a 2018 statement (PDF, 194 KB), joined by his U.K. and Russian counterparts. “The success of the NPT was not foreordained. … It depends on our concerted and sustained efforts.”

Countries that are party to the NPT meet every five years to assess its implementation and discuss how to meet future challenges. The next meeting will be held on April 27–May 22 in New York. Source