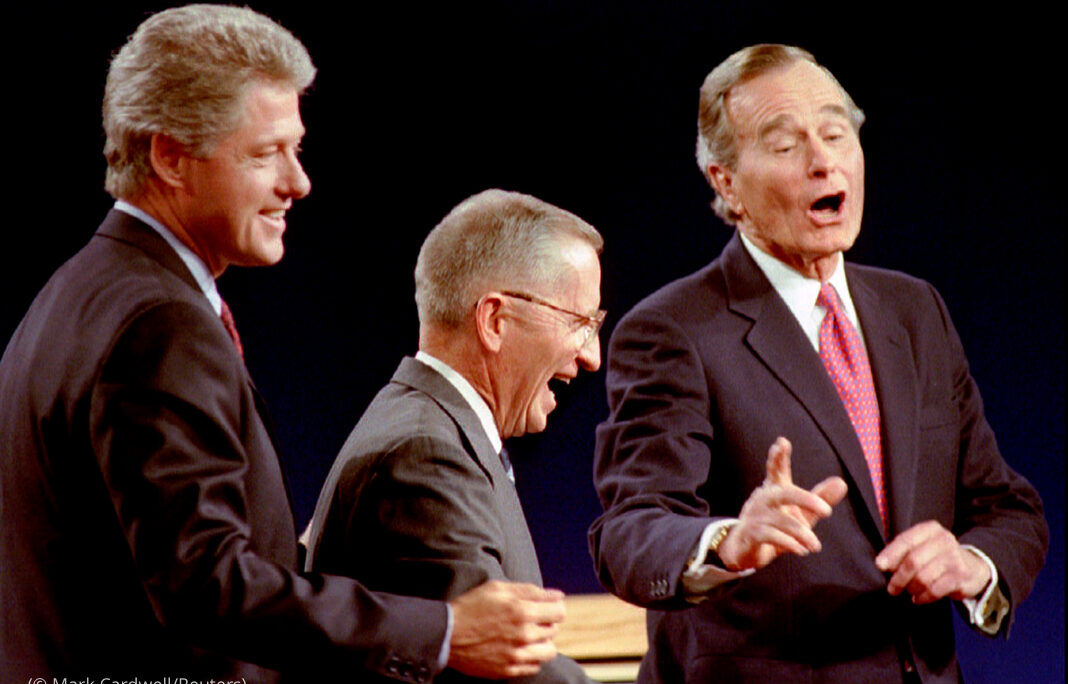 American debates have changed much since the days when an Illinois lawyer held the nation spellbound with his moral arguments against slavery.

That was 1858, and the arguments of Abraham Lincoln, who was debating Stephen Douglas, didn’t lead to Lincoln’s winning the Senate seat he sought. Nevertheless, transcripts were distributed throughout the country and became a springboard that vaulted Lincoln into the White House two years later.

It was not until more than a century later, beginning in 1976, that national debates would be held for every presidential election. This year’s schedule includes three debates between the major parties’ presidential candidates and one between their vice presidential running mates.

There will be changes due to the novel coronavirus pandemic. The debates may be more important than in earlier races because the candidates have had fewer opportunities for typical campaign events because of public health restrictions.

The differences from the Lincoln-Douglas debates will be many: Instead of each candidate speaking for an hour or more at a time over three hours, today’s candidates will take turns during a 90-minute televised question-and-answer session run by journalists. Instead of transcripts going out by telegraph, tens of millions will watch the events live, and social media and the press will amplify both the candidates’ words and viewers’ reactions to them, during and after the debates.

The U.S. debates usually include the Republican and Democratic candidates but not candidates representing other parties. However, third-party candidates/independents will be on ballots.

The nonpartisan League of Women Voters ran the debates for years, but in 1988 party leaders took control. Since then, only candidates with substantial support in public polls have been allowed to debate. That generally has left only two candidates on stage each fall, though independent Ross Perot was included in 1992.

Will they sway voters?

Parsing out the exact influence of debates on voters is difficult, but clearly “they matter,” says Kathleen Hall Jamieson, director of the Annenberg Public Policy Center at the University of Pennsylvania. “It’s the one opportunity of the election to contrast the [major party] candidates in the same venue answering the same questions. You get a sense of their temperament and their capacity to anticipate the unanticipated.”

Along with giving voters a feel for the personality and character of the candidates, debates educate American viewers about issues and where the nominees stand on them, says Bill Benoit, professor of communications studies at the University of Alabama at Birmingham.

“Debates have changed the vote choice for some voters but more commonly they reinforce existing attitudes,” Benoit says. “The debate doesn’t win or lose a campaign by itself, but it certainly strengthens or weakens a campaign.”

Another far cry from Lincoln’s day is the recent habit of watching a debate while also following other people’s views of it on social media, which can interfere with actually hearing what the candidates are saying, Benoit says.

This year, because of COVID-19, the debates may be held without a live audience. That would be an improvement, Jamieson says, since voters will have to form their opinions without the bias of crowd applause.

U.S. debates are different from those in other democracies because the political system is more keyed to the individual candidate than to a party platform, says Stella M. Rouse, associate professor of government and politics at the University of Maryland.

“Debate in this country is a very individualistic thing,” she says.

Debate zingers and faux pas often dominate the news afterward. But sometimes the reactions gloss over the truth. Lloyd Bentsen landed a blow against the 40-year-old Dan Quayle in the 1988 vice presidential debate when Quayle said he had as much experience in Congress as John F. Kennedy had had before becoming president.

“I served with Jack Kennedy. I knew Jack Kennedy. Jack Kennedy was a friend of mine. Senator, you’re no Jack Kennedy,” Bentsen countered. But Jamieson says the truth — that Quayle spoke accurately about his years of experience — was lost in the shuffle.

Still, the debates give voters information about how a candidate would govern. Though skeptics sometimes complain that politicians don’t keep their campaign promises, Jamieson says the evidence shows otherwise. On average, presidents seek to enact 60 percent of their campaign proposals.

In the debates, “you can see a fairly dramatic difference in what they would do,” Jamieson says.

The 1980 debate is a good example, according to Jamieson. President Jimmy Carter, who had an engineering background, was full of facts but unable to communicate a larger picture. Ronald Reagan was the opposite: good at telling stories that connected with the public but short on details.

Both ended up governing with those respective strengths and weaknesses, she said.

Reagan was a master of memorable debate lines and won the election after asking, “Are you better off than you were four years ago?”

Although much of the news coverage focuses on such one-liners, voters get more out of hearing about issues. Benoit says the research shows people who watch debates know more about issues afterward than they did beforehand, and more than people who didn’t watch.