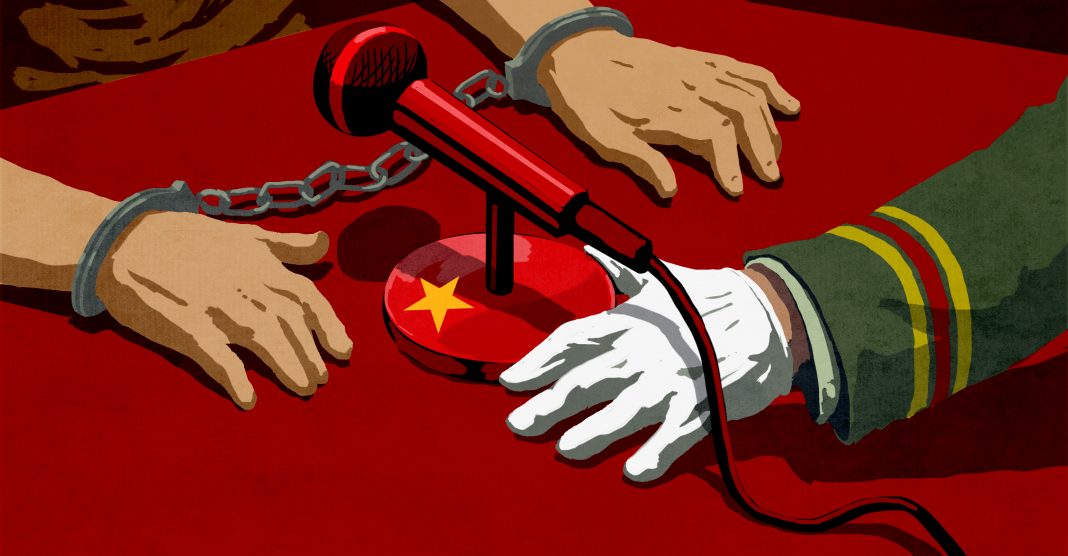 In a recent report to the United Nations (PDF, 1MB), groups including Safeguard Defenders and Human Rights Watch say the CCP forces critics into confessions that are then aired on state-run television, making a mockery of due process and the right to a fair trial.

“Forced televised confessions are part of a chain of systematic and widespread abuses of human rights perpetrated in order to serve the political interests of the CCP,” the report states. “There is little to distinguish them from the repugnant practices of Mao-era public struggle sessions or Stalin’s infamous show trials.”

The rights groups’ submission on “China’s practice of extracting and broadcasting forced confessions before trial” documents 87 cases since 2013 where state security or police have forced pretrial confessions that are then aired on state-run media.

They urge the United Nations to recommend that China’s leaders implement legal reforms to stop forced televised confessions and strengthen due process protections.

The CCP targets critics or perceived enemies for forced confessions with vague national security or public order laws, such as “picking quarrels and provoking trouble,” the report says. Victims include lawyers, rights activists, journalists and bloggers as well as Uyghurs, a persecuted ethnic minority group subjected to the CCP’s mass internment in the Xinjiang region.

The report calls the CCP’s forced confessions an attack on human dignity and the basic right to due process and a fair trial. It says the practice is linked to torture, threats and arbitrary detention, and shows the People’s Republic of China lacks a legitimate criminal justice system.

China’s state-run media’s airing of forced confessions makes it complicit in the abuses, the report says. The filming of confessions is often tightly choreographed to maximize propaganda value, with prisoners forced to read or memorize a scripted confession, then give rehearsals until China’s security officials are satisfied.