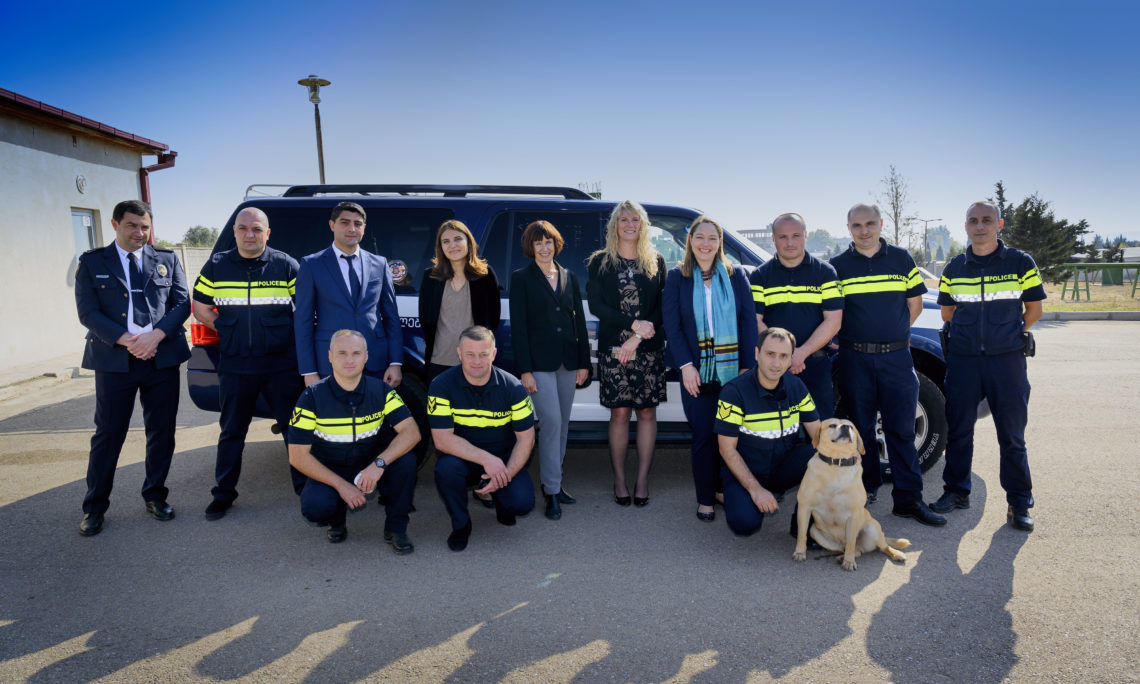 Today CDA Rood met the Georgian Ministry of Interior’s working drug detection dogs.  Since 2014, the U.S. government has trained 14 dogs for the Georgian MoI to strengthen its ability to stop to flow of illegal drugs.  Today the dogs and their handlers demonstrated how they detect commonly trafficked drugs like heroin, cocaine, and methamphetamine in cars and other concealed locations.  CDA Rood also handed over to a Director of Patrol Police the keys for a truck donated by the U.S. government to serve the K9 unit’s unique needs with temperature-controlled kennels for long assignments.