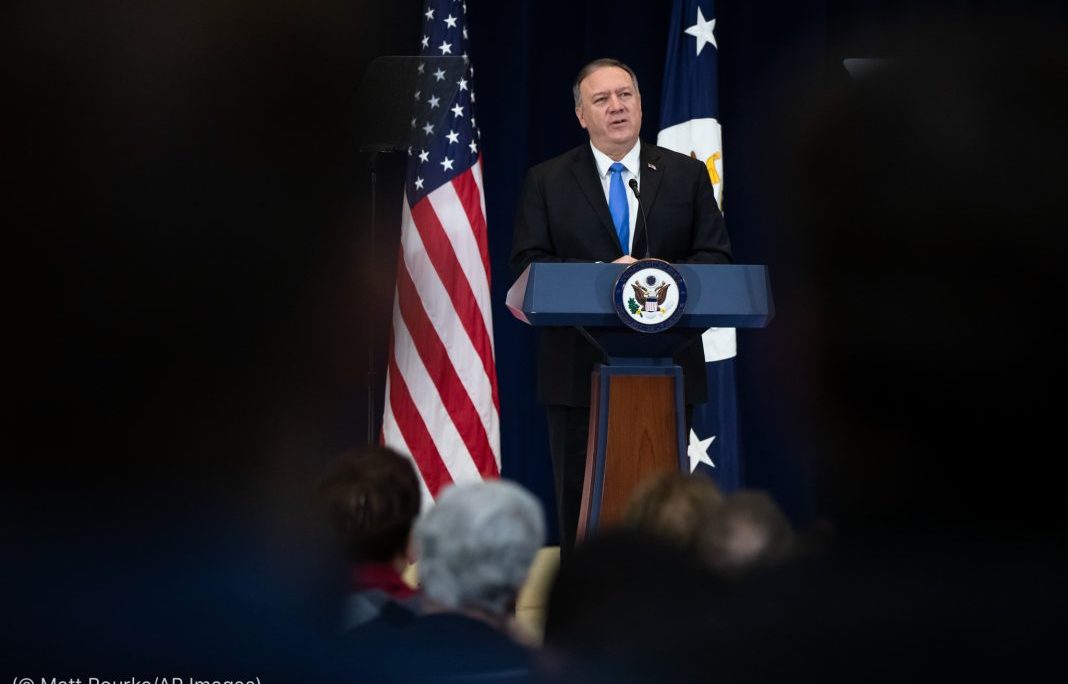 The U.S. stands with the Iranian people (December 19)

U.S. Secretary of State Michael R. Pompeo vowed to continue U.S. support for the Iranian people as they struggle against a repressive regime that violates human rights.

Pompeo told a December 19 U.S. Department of State forum that recent protests in Iran show that the Iranian people are “fed up” with a corrupt regime that jails and executes people for exercising their human rights. He described the regime’s violent crackdown on those protests as the latest in the Islamic Republic’s 40 years of brutality against its people.

Last month the regime cut off the internet to hide its brutal crackdown on protests. The regime killed hundreds and jailed thousands more. In Mahshahr in southwestern Iran, regime forces massacred as many as 100 fleeing protesters. The protests started against a hike in gas prices but spread to decry a corrupt regime.

The violence continued a pattern of similar crackdowns on protests in 1988, 1999 and 2009. Each time the regime’s aggression violated its own constitution.

Pompeo vowed that U.S. pressure will continue until the regime’s brutality stops. And he announced sanctions against two judges. One judge sentenced a human rights lawyer to a long prison term and lashes. The other sentenced Xiyue Wang to 10 years and held him hostage for three years before the U.S. secured his release a couple of weeks ago.

“The United States will stand and has stood under President Trump with the Iranian people,” the secretary said.