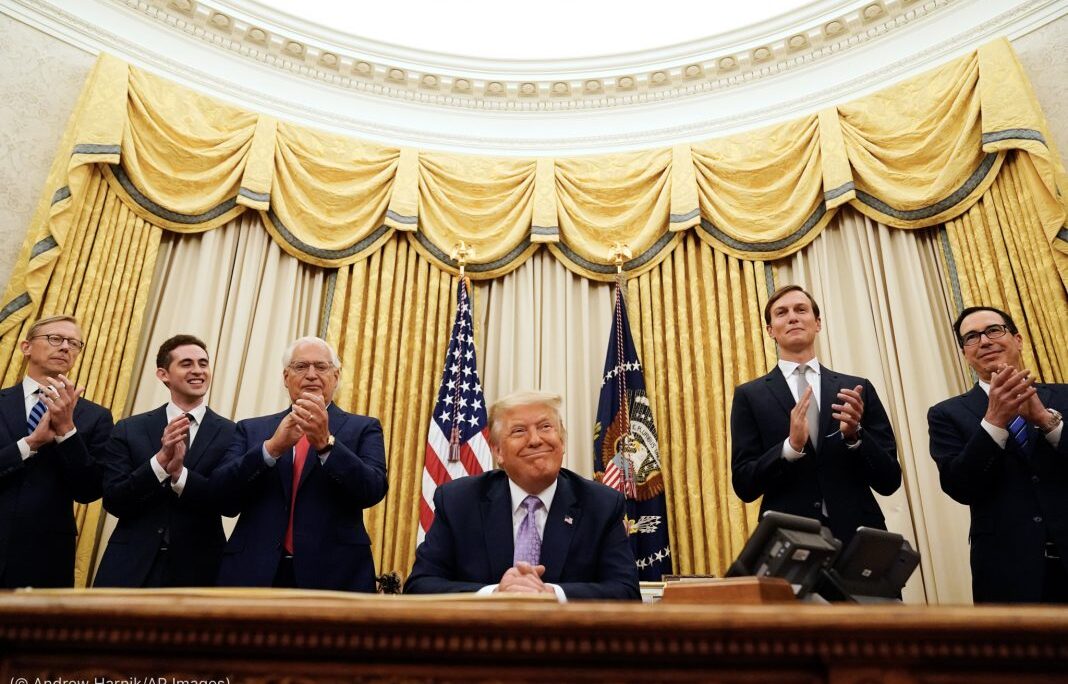 President Trump on August 13 at the White House announces a historic agreement between the United Arab Emirates and Israel to normalize relations and advance peace in the Middle East.(© Andrew Harnik/AP Images)

President Trump has brokered a historic deal between Israel and the United Arab Emirates, normalizing relations between the two countries and laying a foundation for peace in the Middle East.

“Our vision is one of peace, security, and prosperity — in this region, and in the world,” Trump said in an August 13 statement announcing the agreement, the first of its kind in more than 25 years.

Under the agreement, the UAE and Israel will cooperate in fields including education, health care, energy, trade and security. The countries will exchange ambassadors, establish embassies, and open direct flights, allowing pilgrims from throughout the Muslim world to visit holy sites in Israel.

Trump worked with the parties to identify shared interests and opportunities, the White House said.

In a joint statement, Trump, Israeli Prime Minister Benjamin Netanyahu and Crown Prince of the Emirate of Abu Dhabi Mohammed Bin Zayed say they are confident similar breakthroughs between Middle East nations are possible and will work to achieve that goal.

The landmark deal comes after the White House in June 2019 unveiled a $50 billion “Peace to Prosperity” plan to create jobs for the Palestinian people and promote investment in the region.

U.S. officials say the new agreement is the most significant step toward peace in the Middle East in two and a half decades, and that those similar past efforts have had major impacts. The UAE is the third Arab country to establish diplomatic relations with Israel, after Egypt in 1978 and Jordan in 1994.

U.S. Secretary of State Michael R. Pompeo said in an August 13 statement that Israel’s peace treaties with Egypt and Jordan have not yet fulfilled their potential, but called economic growth in those two countries “an unmistakable dividend of peace.”

The normalizing of relations between the UAE and Israel holds promise for the entire Middle East, he added.

“This is a remarkable achievement for two of the world’s most forward-leaning, technologically advanced states, and reflects their shared regional vision of an economically integrated region,” Pompeo said. “It also illustrates their commitment to confronting common threats, as small — but strong — nations.”