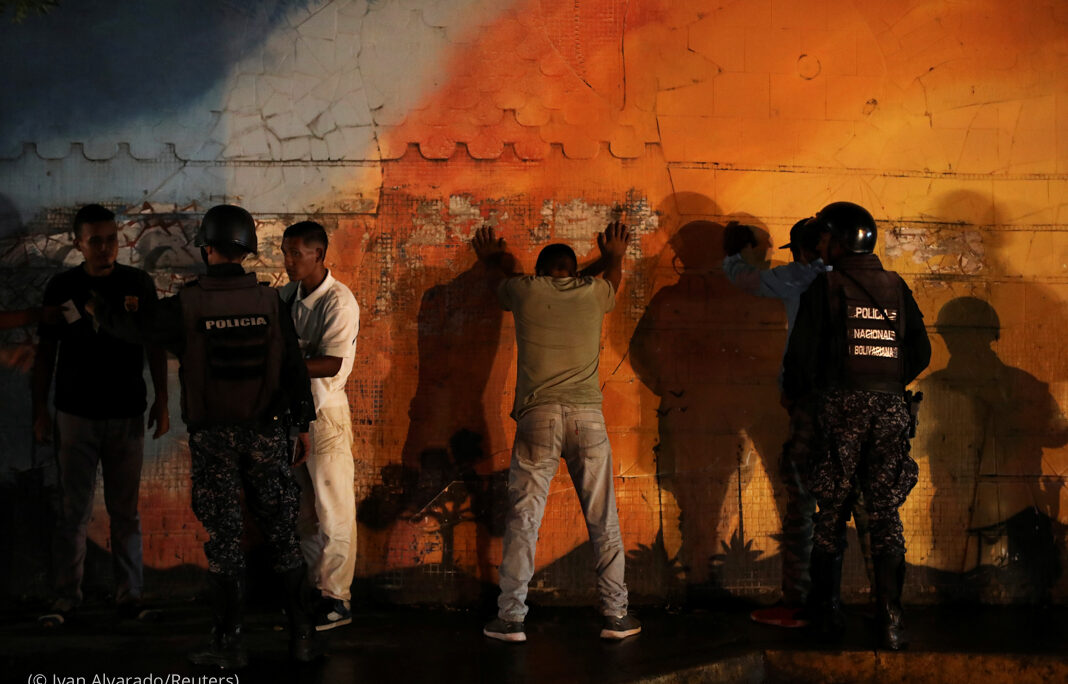 Egregious human rights abuses continue to escalate in Venezuela at the hands of the illegitimate regime of Nicolás Maduro, according to the United Nations.

During an oral update on human rights in Venezuela on September 25, U.N. High Commissioner for Human Rights Michelle Bachelet said that since July 2, “we observed restrictions on freedom of expression, including the application of anti-hate legislation, attacks against human rights defenders and assaults on and arrests of journalists.”

“I am concerned about the high number of deaths of young people in disadvantaged neighborhoods as a result of security operations,” she continued.

The Office of the United Nations High Commissioner for Human Rights (OHCHR) recorded 711 deaths from June to August, bringing the total number of deaths since January to over 2,000, Bachelet said.

Bachelet’s update arrived shortly after a separate report by the U.N. Independent International Fact-Finding Mission on the Bolivarian Republic of Venezuela, published September 16, which found “reasonable grounds to believe that Venezuelan authorities and security forces have since 2014 planned and executed serious human rights violations, some of which — including arbitrary killings and the systematic use of torture — amount to crimes against humanity,” according to mission chairperson Marta Valiñas.

The fact-finding mission report describes an increase in politically motivated death and torture, as well as extrajudicial executions directly ordered by the Maduro regime. “The mission has reasonable grounds to believe that both the president and the ministers of interior and of defense ordered or contributed to the commission of the crimes documented in this report.”

The Special Action Force (FAES) of the Bolivarian National Police and the CICPC, Venezuela’s largest national police agency, were responsible for 59% of all extrajudicial killings during the period reviewed in the study.

Civilians and those deemed “criminals” by the illegitimate Maduro regime are the victims. The report details how a military plan resulted in the torture and slaughter of 30 men and the disappearance of five in 2016.

According to the OHCHR statement on the release of the fact-finding mission report, “The FAES should be dismantled and those responsible across all security forces and their chains of command held accountable.”

Bachelet’s 2019 report also called for the FAES to be dissolved — one of approximately 60 combined unanswered recommendations to the regime in the OHCHR’s 2019 and 2020 reports.

Juan Guaidó, the legitimate interim president of Venezuela, called for the international community to put an end to crimes perpetrated by the illegitimate regime.

“I want to reiterate the call to rectify, to stop the human rights violations that continue at this moment, to collaborate in putting an end to the terror that the dictatorship seeks to impose,” he said during his address to the National Assembly on September 23.

Citing the U.N. fact-finding mission report, Guaidó recounted how Maduro’s counterintelligence agency, the DGCIM, arrested, suffocated to the point of unconsciousness and tortured a woman and her boyfriend, knowing that the woman was in her first trimester of pregnancy. The regime denied her medical attention for a month, finally bringing her to a hospital, where she suffered a miscarriage.

The report “confirms the individual responsibility of Nicolás Maduro” for these crimes, said Guaidó.