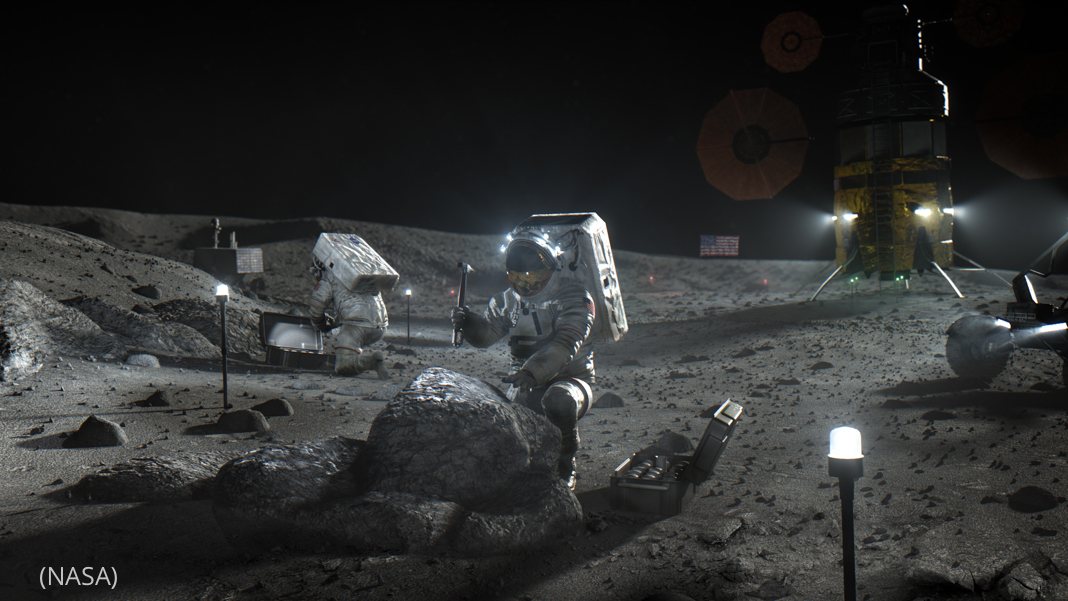 Illustration of Artemis astronauts on the Moon. Credit: NASA

The United States and its international partners are ensuring that future space exploration is peaceful, sustainable and beneficial to all.

On October 13, the United States and seven other nations signed the Artemis Accords, guiding principles for NASA’s Artemis program, which aims to land the first woman and next man on the moon by 2024. Officials also hope to conduct a human mission to Mars.

“Artemis will be the broadest and most diverse international human space exploration program in history, and the Artemis Accords are the vehicle that will establish this singular global coalition,” NASA Administrator Jim Bridenstine said in a statement.

The Artemis Accords follow the principles of the Outer Space Treaty of 1967, which prevent nations from claiming sovereignty over outer space, as well as other past agreements.

Under the Accords, nations agree that exploration of the moon and Mars should be for peaceful purposes. Their commitments include providing emergency assistance for any personnel in distress, registering all space objects, planning for the safe disposal of debris, and publicly sharing scientific data.

The commitment comes after the 2019 celebration of the 50th anniversary of NASA’s July 1969 Apollo 11 mission that landed the first human on the moon. The research gained from the Apollo program led to technologies that are common today, including CT scans, computer microchips, cordless devices and satellite television.

“Fundamentally, the Artemis Accords will help to avoid conflict in space and on Earth by strengthening mutual understanding and reducing misperceptions,” Mike Gold, NASA acting associate administrator for international and interagency relations, said in a statement.

“The Artemis journey is to the moon, but the destination of the accords is a peaceful and prosperous future,” Gold said.