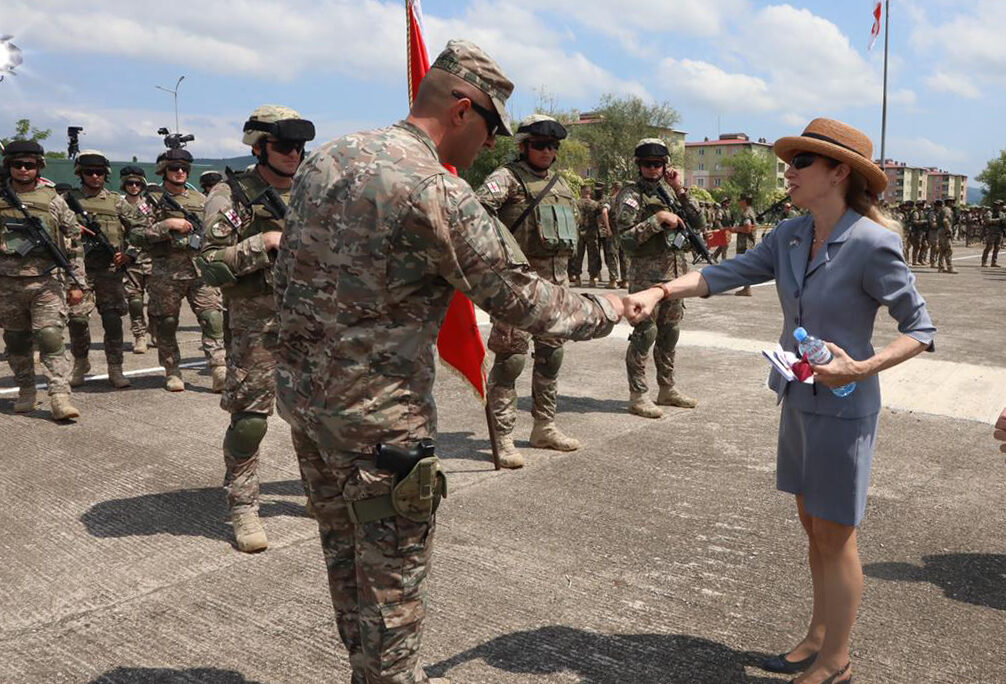 Congratulations to Georgia’s 32nd infantry battalion on their safe return home. This is a historic moment that marks the end of the NATO-led Resolute Support Mission. In total, 7,078 Georgian soldiers trained and deployed side by side with U.S. Marines over the past seven years. It has been an honor for U.S. service members to serve alongside their Georgian brothers and sisters in arms, who risk their lives for peacekeeping operations and who represent the firm commitment of the Georgian people to Euro-Atlantic integration.

Today Ambassador Kelly Degnan personally welcomed home the soldiers of the 32nd infantry battalion and congratulated them on a successful mission. “The success of the Georgia Deployment Program builds interoperability with NATO and U.S. forces, deters potential adversaries, and sends a message to friend and foe alike that we are stronger together!” said Ambassador Degnan.