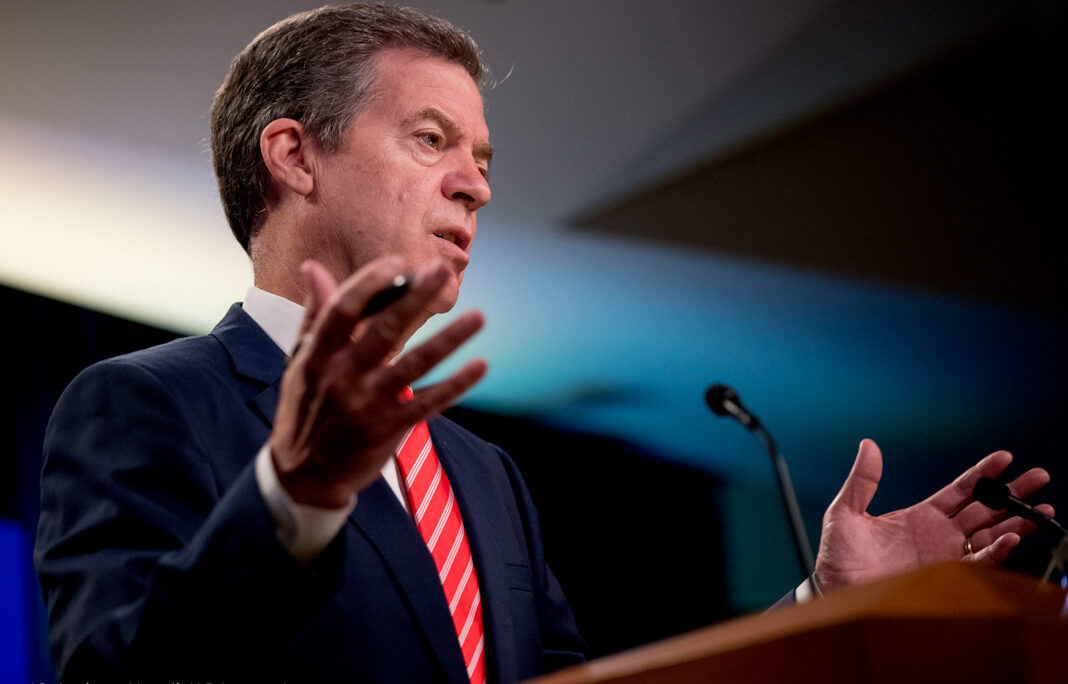 To mark International Religious Freedom Day, ShareAmerica spoke with the U.S. State Department’s Sam Brownback, ambassador at large for international religious freedom. Here are his answers, slightly edited for length, to our questions:

Q: Why is defending freedom of religion an objective of U.S. diplomacy?

A: With more than 80 percent of the world’s population living in countries with significant restrictions on religious freedom, this universal human right is one of the defining issues of our day.

The United States will not stand by as a spectator to religious oppression. We will get in the ring and fight for those seeking to exercise their right to freedom of religion or belief. We have a moral obligation to do so.

Q: Why does religious freedom matter?

Countries seeking to be free and prosperous must devote themselves to protecting this fundamental freedom. This is a new field of academic study, but we see a correlation between countries that respect religious freedom and those that have greater economic prosperity.

Q: Which countries or areas of the world concern you right now, and why?

Countless members of Iranian religious minorities — including Bahá’ís, Christians, Jews, Zoroastrians, and Sunni and Sufi Muslims — face discrimination, harassment and unjust imprisonment because of their beliefs. Their religious books are banned. They are denied access to education. Their cemeteries are desecrated. Blasphemy and proselytization of Muslims is punishable by death.

Last year, the Iranian regime violently cracked down on the peaceful protest of Gonabadi Sufi dervishes in what Human Rights Watch called “one of the largest crackdowns against a religious minority in Iran in a decade.” To Iran, we say: We are watching, and we will stand up for all those whose right to religious freedom is infringed upon.

China has declared war on faith. We’ve seen increasing Chinese government abuse of believers of nearly all faiths and from all parts of the mainland. In Xinjiang, China has detained more than a million ethnic Muslims in camps that are designed to strip away their culture, identity and faith.

We share reports — that others make — that Chinese authorities have subjected prisoners of conscience, including Falun Gong, Uyghurs, Tibetan Buddhists and underground Christians, to forcible organ harvesting. This should shock everyone’s conscience.

China also continues to interfere in Tibetan Buddhist practices and Tibetan culture, including by interfering in the selection, education and veneration of Tibetan Buddhist lamas. China has increased its repression of Christians, shutting down churches and arresting adherents for their peaceful religious practices. And to this, we say to China: Do not be mistaken; you will not win your war on faith. This will have consequences on your standing at home and around the world.

Q: Conversely, where do you see progress?

A: Today, Pastor Andrew Brunson has been reunited with his family. The world has taken notice of the People’s Republic of China’s human rights abuses and is beginning to speak out. Asia Bibi has been freed for more than a year. And due to recent improvements, both Sudan and Uzbekistan have been removed from the list of Countries of Particular Concern. Major accomplishments and major things happening.

Since the emergence of the COVID-19 pandemic, we’ve seen Burma drop its charges and release more than 1,000 Rohingya from jail. Iran furloughed a few of the dozens of unjustly detained members of religious minorities.

The Trump administration continues to protect and promote religious freedom for all faiths, groups, or for people of no faith at all. President Trump became the first leader of any country to host a religious freedom event at the U.N. General Assembly in September 2019. This year, in June, he signed an executive order on religious freedom.

Q: How will the International Religious Freedom Alliance protect freedom of religion?

A: The threats to religious freedom are global, and they require global participation and global solutions.

The secretary is the first U.S. secretary of state to organize an international coalition at a national leadership level to push the issue of religious freedom forward around the world.

Together, the United States and members of the International Religious Freedom or Belief Alliance have pledged to oppose, publicly and privately, all abuses or violations of religious freedom.

The alliance will unify powerful nations and leverage their resources to stop bad actors and advocate for the persecuted, the defenseless and the vulnerable.