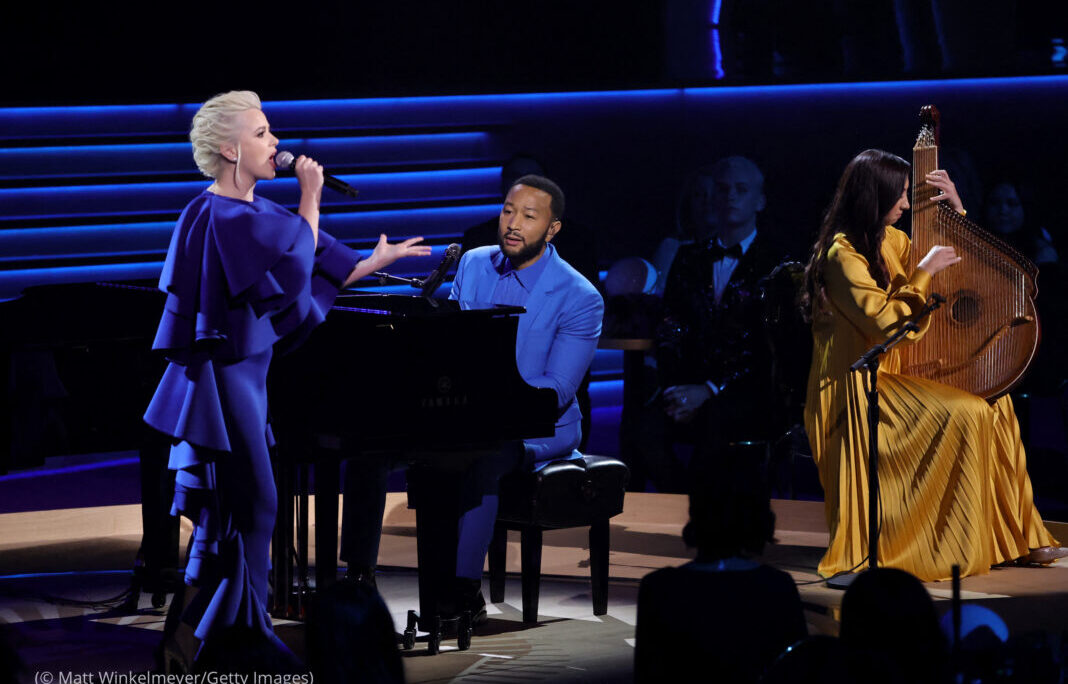 Ukrainian American musician Siuzanna Iglidan and singer Mika Newton — whose sister is serving in the Ukrainian army — accompanied Legend on a newly released song that includes the lyric, “Rain down freedom until we are all free.”

Ukrainian poet Lyuba Yakimchuk joined at the end, finishing with a poem that asked for protection for Ukraine and her family. Yakimchuk escaped Ukraine less than a week before her Grammy appearance.The Grammy Awards showcase outstanding achievement in the music industry and are presented annually by the Recording Academy.