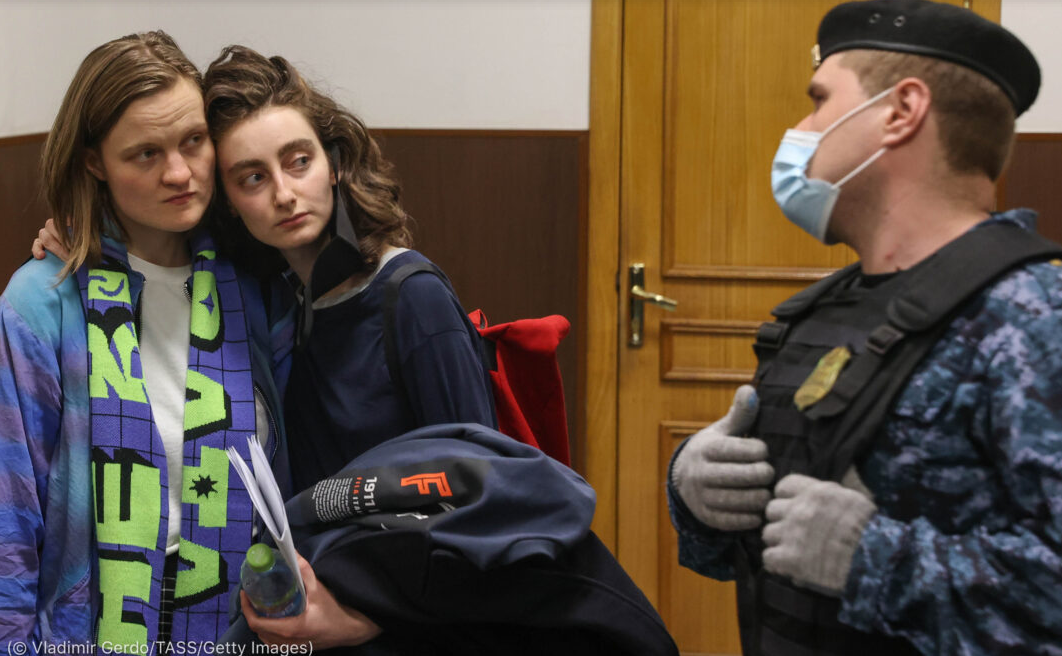 The students’ arrest is the latest in the Kremlin’s ongoing crackdown on free and independent media that includes the arrest and reports of torture of journalists, and a legal system that censors regime critics.

“Russia’s ongoing campaign against independent media has dramatically intensified, further restricting expression,” State Department Spokesperson Ned Price said in a March 18 tweet. “This is unacceptable. The Russian people, like all people, have the right to freely seek, receive, and impart information and ideas.”

Troubled by reports that Russian occupation authorities in Crimea tortured @RFERL freelance journalist Vladislav Yesypenko to coerce his confession. We call for his release, and for Russia to cease its reprisals against independent voices in Crimea. #CrimeaIsUkraine

Well-documented instances of the Russian government’s abuse of journalists include:

The Kremlin has specifically targeted RFE/RL, a private, nonprofit news organization that provides objective reporting and supports democratic values in countries where governments restrict or ban press freedom. Although funded through a U.S. government grant, RFE/RL’s editorial independence is protected under U.S. law.

Russia’s state media regulator, Roskomnadzor, has fined RFE/RL more than $2 million and issued 520 violations against the outlet since January for refusing to prominently label its reporting as “material prepared by a foreign media outlet performing the functions of a foreign agent,” requirements which currently only apply to RFE/RL and other U.S.-affiliated outlets and individuals.

These acts by the Russian government are “an attempt to suppress free speech and the human rights of the Russian people,” RFE/RL President Jamie Fly said in an April 16 statement.

“We will not stop our activities,” Doxa’s editors said in a statement, noting that journalists in Russia face unprecedented pressure. “We will continue to highlight what is important to young people and continue to advocate for their rights.”