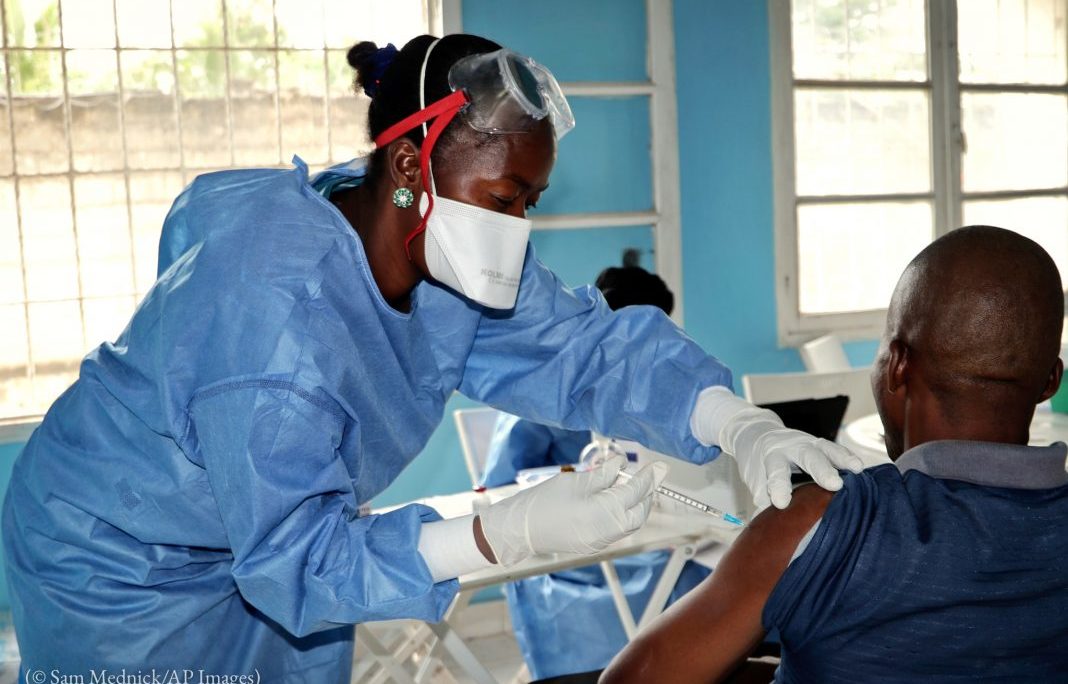 An aid worker in the Democratic Republic of the Congo receives a Ebola vaccination in May 2018. U.S. firm Merck has received regulatory approval of the vaccine. (© Sam Mednick/AP Images)

The U.S. pharmaceutical firm Merck & Co. has won the first-ever regulatory approval of a vaccine against the Ebola virus, a major boon in the fight against the deadly disease.

The European Commission’s November 10 decision granting a significant step toward full approval of Merck’s Ervebo vaccine, for use by adults over age 18, comes amid an outbreak in the Democratic Republic of the Congo (DRC) that has killed more than 2,100 people since it began last year.

While the approval is for use in the European Union, the vaccine already has been used in the DRC under a “compassionate use” program to protect those at greatest risk, including health care workers and others in contact with infected patients, according to a statement from the European Medicines Agency (EMA).

EMA Executive Director Guido Rasi calls the approval “an important step towards relieving the burden of this deadly disease,” and he says Ervebo will save lives in affected countries.

On November 12, the World Health Organization (WHO) granted pre-qualification status to Ervebo, which allows U.N. agencies and Gavi, the Vaccine Alliance, to procure the vaccine for use in at-risk countries. The WHO is working with several African countries through the African Vaccine Regulatory Forum to pursue in-country registration and approval of the vaccine.

WHO Director-General Tedros Adhanom Ghebreyesus noted that “five years ago, we had no vaccine and no therapeutics for Ebola. With a pre-qualified vaccine and experimental therapeutics, Ebola is now preventable and treatable.”

The U.S. is the largest single-country donor to the Ebola fight, including support through the U.S. Agency for International Development of more than $266 million in humanitarian assistance and Ebola preparedness in the DRC and neighboring countries since August 2018.