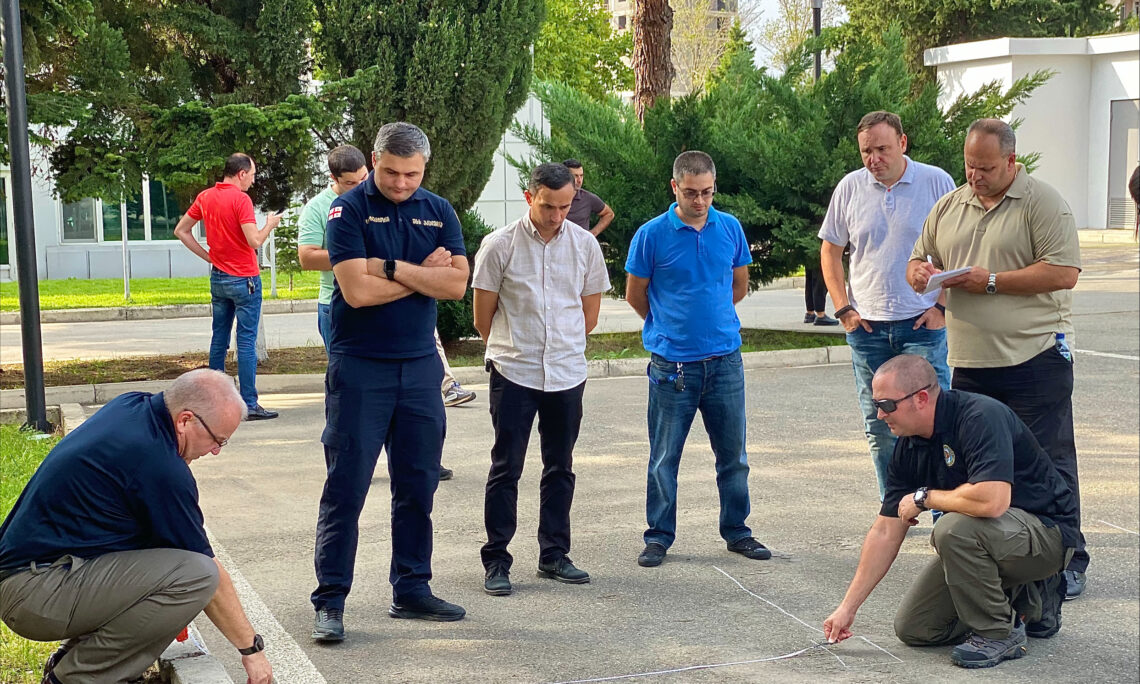 The U.S. Embassy INL office hosted three officers from the Illinois State Police to teach Basic Traffic Crash Investigation skills to the investigators of the Patrol Police Department of the Ministry of Internal Affairs (MOIA), as well as instructors from the MOIA Academy and forensics experts. Illinois State Police trained a total of 45 Georgian law enforcement during two separate trainings from September 19 to September 30 – one in Tbilisi and one in Kutaisi. The training was intended to develop the skills and knowledge essential to a successful traffic crash investigation with an emphasis on the importance of proper investigation of traffic accidents so that traffic safety efforts succeed.  Students were tested on what they had learned during a mock traffic crash situation. This training was offered as part of a cooperative agreement between INL and the Illinois State Police to support international law enforcement, justice sector reform, and anti-crime efforts around the world. INL looks forward to partnering with ISP later this year to offer further trainings to Georgian law enforcement professionals on a variety of subjects, including crime scene management and criminal investigations.