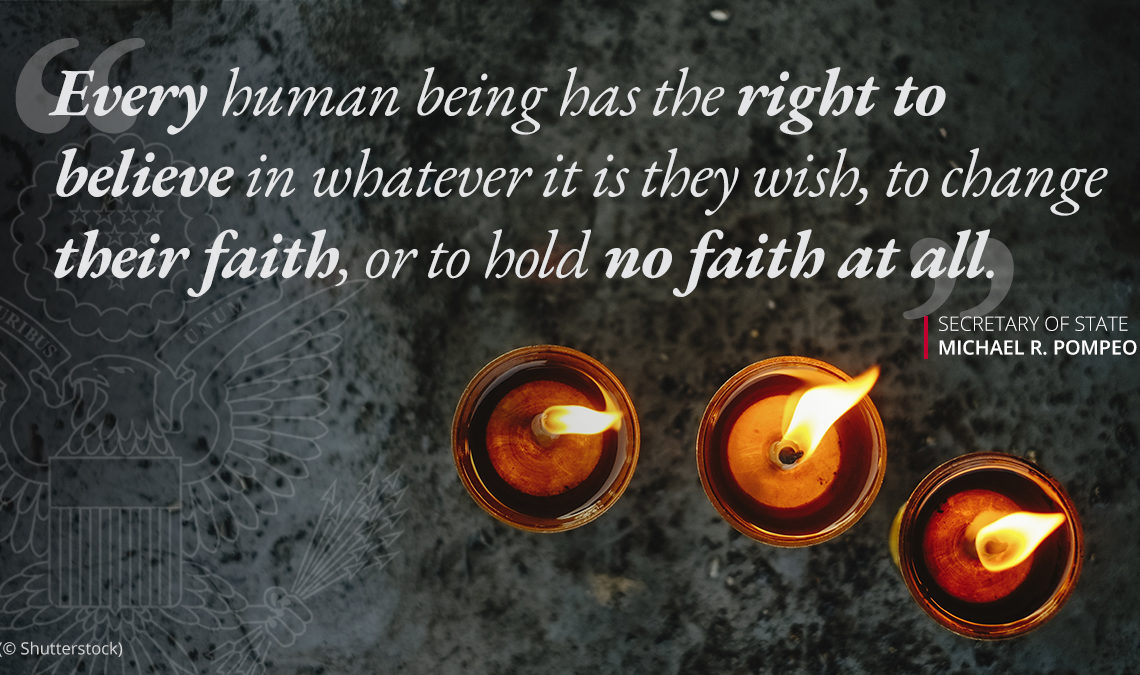 Twenty-six countries from around the world have joined the United
States in the formal creation of the International Religious Freedom Alliance.

“The Alliance will unify powerful nations and leverage their resources to stop bad actors and advocate for the persecuted, the defenseless, and the vulnerable,” Secretary of State Michael R. Pompeo said in a statement February 5.

Members of the alliance have pledged to uphold the Declaration of Principles, which commits countries to object and oppose, publicly and privately, all abuses or violations of religious freedom.

More than 8 in 10 people in the world today live where they cannot practice their faith freely, he said.

“We condemn terrorists and violent extremists who target religious minorities, whether they are Yezidis in Iraq, Hindus in Pakistan, Christians in northeast Nigeria, or Muslims in Burma,” the secretary said.

Pompeo first announced the creation of the alliance in July 2019 at the second annual Ministerial to Advance Religious Freedom.

“Freedom of religion or belief is not a Western ideal, but truly the bedrock of societies,” Pompeo said.