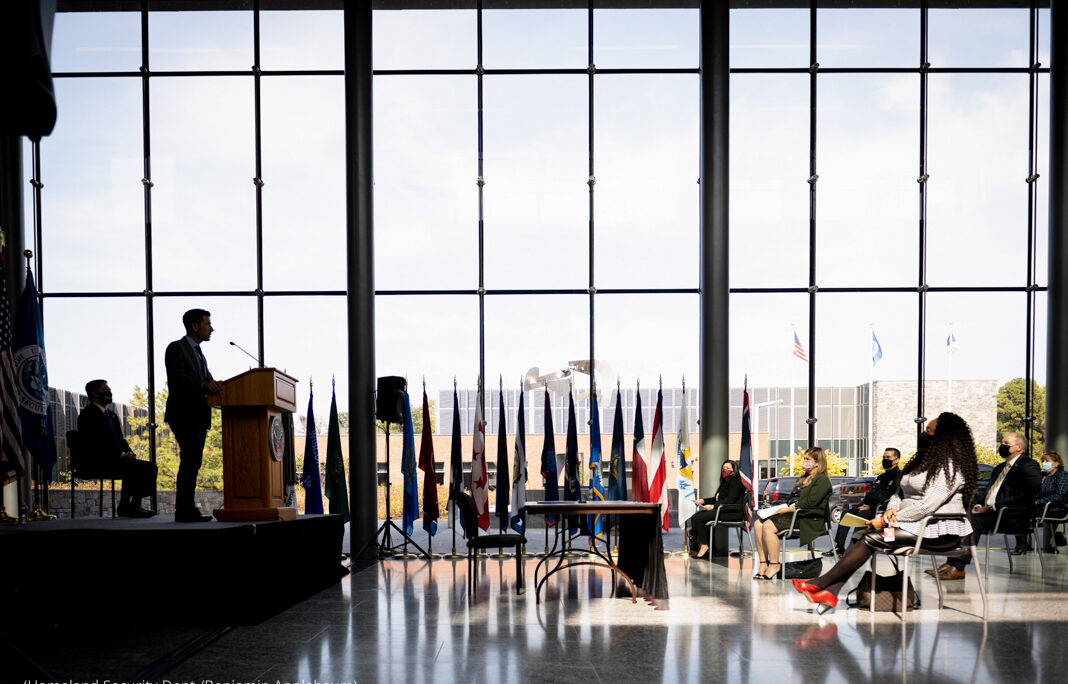 The U.S. government is committed to ending human trafficking and is launching a new center dedicated to combating this horrific crime.

“Human trafficking is modern-day slavery,” said Acting Secretary of Homeland Security Chad Wolf on October 20 at the launch of the Center for Countering Human Trafficking. “There is no other way to say it.”

It will also include “Blue Campaign” outreach and training operations to counter human trafficking, which includes both forced labor and sex trafficking. Sixteen different DHS components and headquarters offices will participate in the center for a holistic approach to ending all forms of human trafficking.

As part of the Trump administration’s commitment to combat human trafficking, DHS announces the launch of a Department-wide Center for Countering Human Trafficking. https://t.co/lAgjB5faVZ pic.twitter.com/8vTyEdWK1a

The center’s operation builds on work the Immigration and Customs Enforcement agency, part of DHS, has been doing to combat human trafficking since 2004.

Criminal organizations often target the most vulnerable members of a community and treat them as commodities rather than human beings, said Tony Pham, the acting director of ICE.

The Center for Countering Human Trafficking aims to put an end to human trafficking by using DHS’s “victims first” approach. This focus balances the identification, rescue and support of victims with the investigation and prosecution of traffickers.

“Human trafficking is one of the greatest human rights abuses of our time,” concluded Wolf, “and we will not stop fighting to eradicate it until every person is safe and free.”