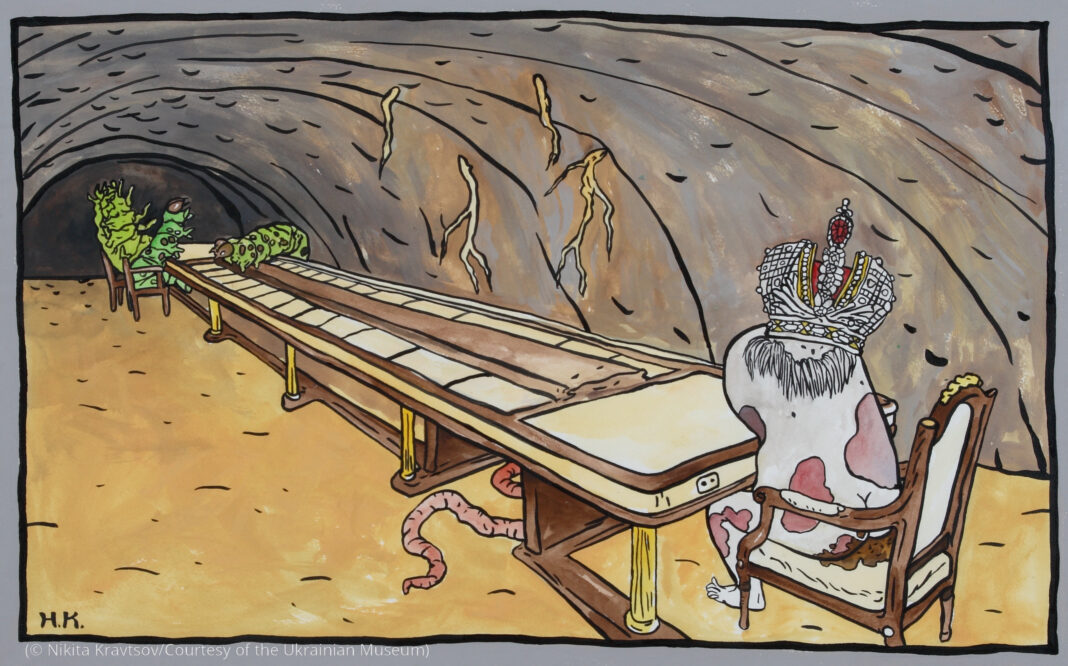 “One of the things that President Putin’s war is trying to accomplish is to somehow erase Ukrainian identity,” Secretary of State Antony Blinken said May 9 during a visit to the Ukrainian Institute of America. “That identity is powerfully manifested through its culture.”

New York: Home to the most Ukrainian Americans

Roughly 138,000 people of Ukrainian descent live in New York City — half of whom were born outside the United States.

The Ukrainian Museum in Manhattan highlights Ukrainian culture such as traditional pysanky (decorated Ukrainian Easter eggs), fine art including paintings and works on paper, and folk art such as rushnyky and other ceremonial textiles. Founded in 1976, the museum’s collection includes over 1,000 objects.

The museum’s current exhibitions address Russia’s full-scale invasion of and war in Ukraine by highlighting the work of Maks Levin, a Ukrainian photojournalist executed by Russian troops in March, and the illustrations of Ukrainian artist Nikita Kravtsov. Kravtsov’s illustrations reimagine a Slavic fairy tale about mushrooms fighting peas as a way to satirize the war.

“As an institution that was founded to preserve Ukraine’s rich cultural heritage in the diaspora,” its website notes, “the Museum condemns Vladimir Putin’s war and his indiscriminate bombardment of Ukrainian cities, which is resulting in an untold loss of innocent lives and has already manifested the horrific destruction of residential areas, schools, museums, landmarks and other historical structures.”

Ukrainian museums across the United States

In Michigan, the Ukrainian American Archives and Museum showcases thousands of traditional Ukrainian artifacts — such as ceremonial clothing, decorative arts and wood carvings — acquired over the course of the second half of the 20th century.

“Since ancient times, traditions, folk wear, weavings, songs, ceramics, artifacts both decorative and utilitarian became part of the daily lives of the Ukrainian people,” said Zwenyslava Hayda, the president of the Ukrainian American Archives and Museum. “All this came out of the home, the heart of the family.”

Some other Ukrainian museums in the United States include:

“Our audience is both Ukrainian and American,” the Ukraine House’s director Marianna Falkova told Axios last month, saying there are many people who want to learn about Ukrainian culture.