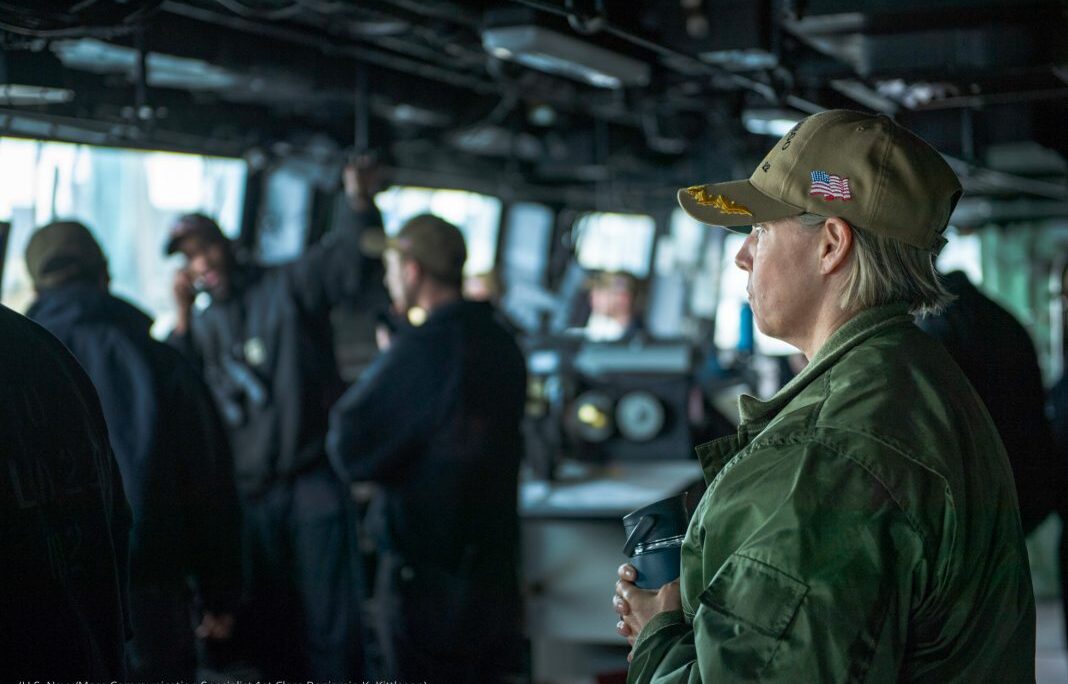 In 2016 Bauernschmidt was the first woman to serve as executive officer of a nuclear aircraft carrier, the USS Abraham Lincoln.

Bauernschmidt graduated from the U.S. Naval Academy in 1994, the same year women began to serve on combat ships and planes. She logged more than 3,000 hours of flight experience in naval aircraft and earned multiple service awards, including the Defense Meritorious Service Medal and the Navy and Marine Corps Achievement Medal.

Bauernschmidt is one of six Navy captains recommended for carrier command in fiscal year 2022 by the Aviation Major Command Board.