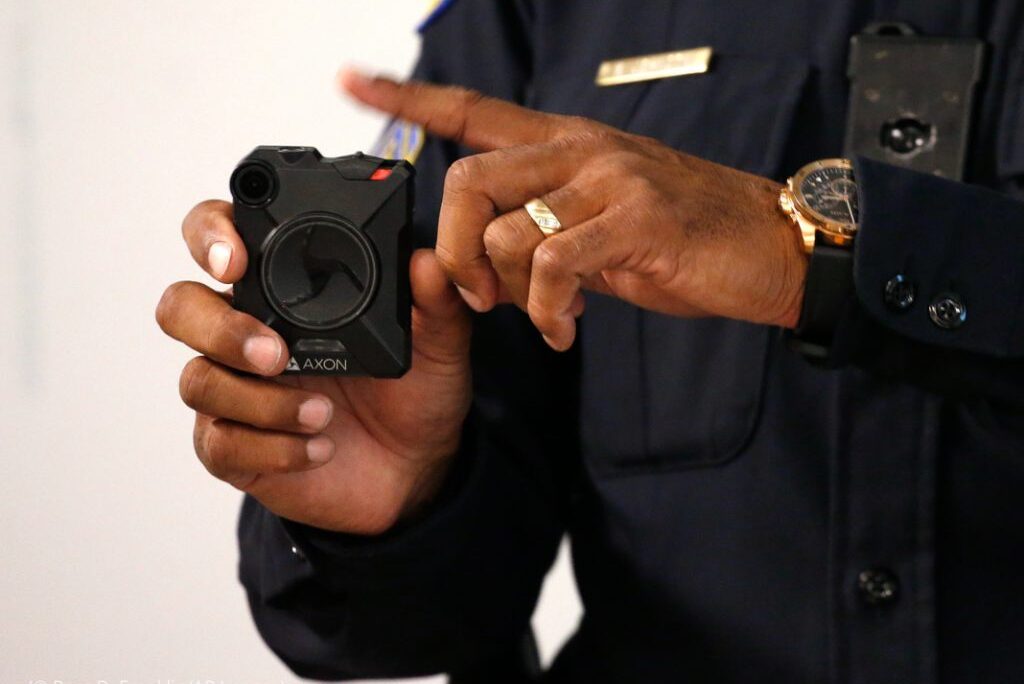 A Phoenix, Arizona, police sergeant demonstrates the use of a body camera. (© Ross D. Franklin/AP Images)

State and local officials in the United States are responding to citizens’ calls for more law-enforcement accountability.

By design, U.S. law enforcement is responsive to American citizens. There are more than 17,000 city, county, state and federal police agencies in the United States, each with their own rules, powers, funding and responsibilities.

Past calls for reform have led to developments that included increased community dialogue, updates to police training and limits on the use of force.

Now, various state and local governments are passing additional reforms since the death of George Floyd on May 25 in police custody in Minneapolis.

Some of the new measures require public disclosure of police disciplinary records and prompt release of officers’ body camera video footage after incidents involving serious use of force. Some cities have also banned certain holds used to restrain suspects.

“Our Constitution mandates equal protection of the laws, and nothing less is acceptable,” U.S. Attorney General William Barr said June 4, in response to Floyd’s death at the hands of police.

Barr added that in the coming weeks he will meet with the U.S. Commission on Law Enforcement, which President Trump founded in October 2019 to ensure similar incidents do not recur.

“We will be working with community leaders to find constructive solutions so that Mr. Floyd’s death will not have been in vain,” he said. “We will work hard to help bring good out of bad.”

The new reforms include:

Improving use of body camera footage — Washington’s City Council June 9 passed emergency legislation requiring release of police body camera footage within 72 hours after an officer-involved death or other serious use of force, according to the Washington Post. That measure, passed on an emergency basis, will require public input before becoming permanent.

The mayor of Seattle has issued an order requiring police to turn on body cameras during protests.

Banning officers from using neck restraints — The state of New York, cities including Minneapolis and Washington, and the Miami-Dade Police Department have moved to ban officers from restraining suspects by the neck, according to news reports.

The new reforms add to existing procedures for holding officers accountable for unnecessary or excessive force. In cases of deadly force, towns and cities typically review whether officers violated department policy or broke the law and should be prosecuted.

Minnesota state prosecutors have charged one Minneapolis police officer with second-degree murder in connection with Floyd’s killing. Three other officers face felony aiding and abetting charges. The U.S. Department of Justice has opened a civil rights inquiry into the incident.