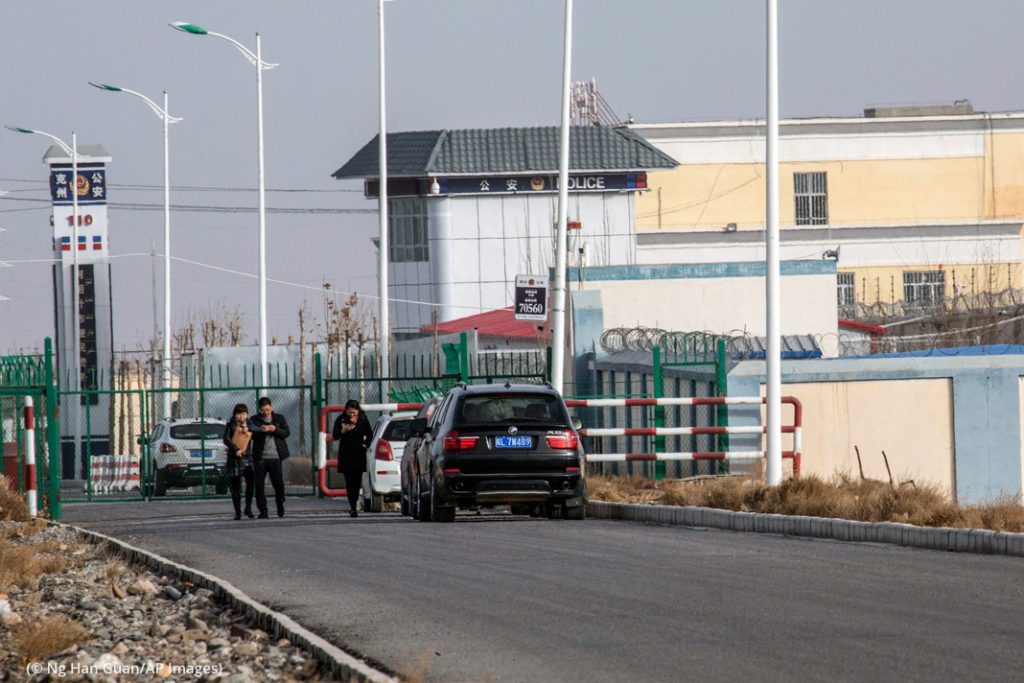 The U.S. Customs and Border Protection has blocked imports of hair weaves suspected of being made with forced labor in detention camps, such as this one in Xinjiang. (© Ng Han Guan/AP Images)

The U.S. is blocking the import of goods made with forced labor, sanctioning Chinese companies and officials responsible for abuse, and warning U.S. companies against partnering with companies in Xinjiang that may be complicit in human rights violations.

In July, U.S. Customs and Border Protection officers detained 13 tons of human hair products originating from Xinjiang and suspected of being made with forced labor. The halting of the products followed the agency’s nationwide block of imports from a company suspected of using forced labor in Xinjiang.

Since 2017, the Chinese Communist Party has imprisoned more than 1 million Uyghur and other ethnic minorities in internment camps in Xinjiang. The campaign to eliminate Uyghur culture, religion, and language includes destroying or converting mosques, forced marriages, mass sterilization of minority women and forced labor.

To stop forced labor at its source, the U.S. Department of the Treasury on July 31 sanctioned the Xinjiang Production and Construction Corporation (XPCC) for its connection to serious rights abuses against ethnic minorities in Xinjiang.

The XPCC, a paramilitary organization that answers to the Communist Party, controls 20 percent of economic activity in Xinjiang and operates more than 800,000 subsidiaries, according to a supply chain analyst.

The sanctions freeze the XPCC and its subsidiaries’ assets and prevent it from accessing the U.S. financial system or doing business with U.S. companies.

“The United States is committed to using the full breadth of its financial powers to hold human rights abusers accountable in Xinjiang and across the world,” Treasury Secretary Steven T. Mnuchin said in a July 31 statement.

The move comes after the U.S. on July 9 sanctioned Chen Quanguo, the Chinese Communist Party’s secretary in Xinjiang, who oversees the internment camps. Chen also oversees the XPCC.

The U.S. is working with businesses that partner with companies in China to rid their supply chains of forced labor. U.S. government agencies issued the Xinjiang Supply Chain Business Advisory on July 1 warning of legal, economic and reputational risks of doing business with Chinese firms involved in human rights abuses.

“Nobody wants to buy products, cheap products, that were made with slave labor in western China,” U.S. Secretary of State Michael R. Pompeo said at the time.