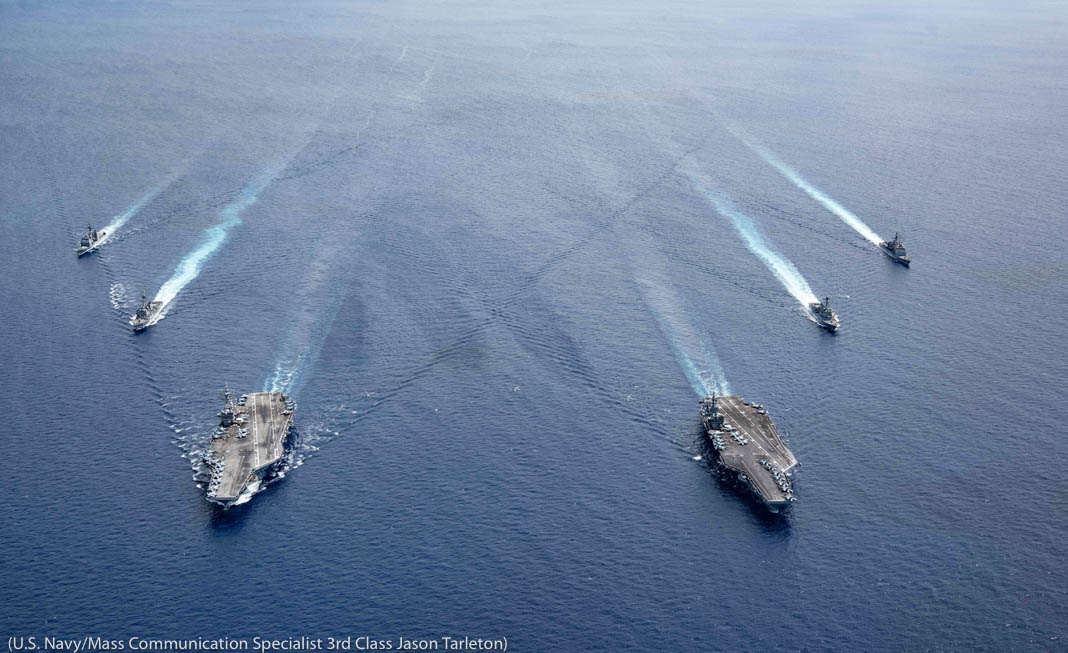 The United States is standing with its Southeast Asian partners and allies to reject the People’s Republic of China’s unlawful claims in the South China Sea.

U.S. Secretary of State Michael R. Pompeo, in a July 13 statement, said most of the PRC’s maritime claims are “completely unlawful” and represent an “unprecedented threat” to freedom of the seas in the region.

“Beijing uses intimidation to undermine the sovereign rights of Southeast Asian coastal states in the South China Sea, bully them out of offshore resources, assert unilateral dominion, and replace international law with ‘might makes right,’” he said. “The PRC’s predatory world view has no place in the 21st century.”

For years, the PRC has made sweeping and unlawful maritime claims in the South China Sea, threatening fishing and other offshore resources. Millions of people depend on these waters for their food and livelihoods.

In 2016, an international arbitration tribunal found that China’s maritime claims in the South China Sea are inconsistent with the Law of the Sea Convention. Vietnam, Indonesia and the Philippines have protested the PRC’s advances in the region, including the sinking of fishing boats.

We are strengthening U.S. policy on South China Sea maritime claims, according to international law, in rejection of Beijing’s intimidation, bullying, and claims of maritime empire.

The U.S. is strengthening its stance against China’s maritime claims, backing the tribunal’s unanimous July 12, 2016, decision finding that those claims have no basis in international law. The tribunal was formed under the 1982 Law of the Sea Convention, to which the PRC is a party.

“The world will not allow Beijing to treat the South China Sea as its maritime empire,” Pompeo said. “America stands with our Southeast Asian allies and partners in protecting their sovereign rights to offshore resources, consistent with their rights and obligations under international law.”