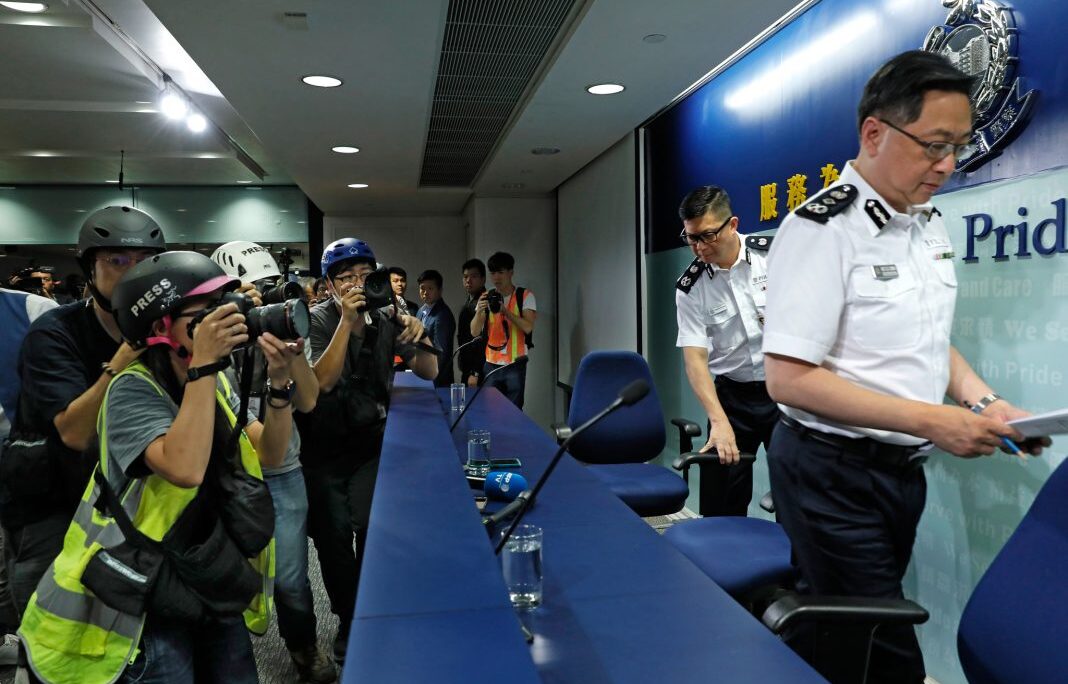 The United States has imposed sanctions against Chinese Communist Party officials for their role in the crackdown on Hong Kong’s autonomy and freedoms.

“This law, purportedly enacted to ‘safeguard’ the security of Hong Kong, is in fact a tool of CCP repression,” U.S. Secretary of State Michael R. Pompeo said in an August 7 statement.

The People’s Republic of China broke its promise to respect Hong Kong’s “high degree of autonomy” and freedoms, violating its obligations under the Sino-British Joint Declaration of 1984, a U.N.-registered treaty. Leaders from more than 20 countries came together to call China’s latest action a “comprehensive assault on the city’s autonomy, rule of law and fundamental freedoms.”

The Chinese Communist Party is seeking to apply its national security law on Hong Kong to people across the world– an egregious attempt to undermine the exercise of human rights and fundamental freedoms. Beijing cannot be allowed to export its authoritarian governance model.

The new U.S. sanctions, authorized under President Trump’s July 14 executive order that declared a national emergency related to Hong Kong, target those responsible for suppressing freedom and democratic processes in Hong Kong and undermining the rule of law, the U.S. Treasury Department says.

Sanctions also target Hong Kong Police Commissioner Chris Tang and his predecessor Stephen Lo, who led a crackdown that resulted in the arrests of more than 4,000 protesters and injured 1,600, Treasury says.

Other sanctioned leaders include security officials involved in coercing, arresting, detaining, or imprisoning individuals under the National Security Law, or otherwise working to implement the law.

The new restrictions freeze the subjects’ assets and prevent them from accessing the U.S. financial system or doing business with U.S. citizens.

“The United States stands with the people of Hong Kong and we will use our tools and authorities to target those undermining their autonomy,” U.S. Treasury Secretary Steven T. Mnuchin said August 7.