Home Home | News & Events | U.S. Scientists are getting closer to a vaccine to keep the world safe from COVID-19 (April 10) 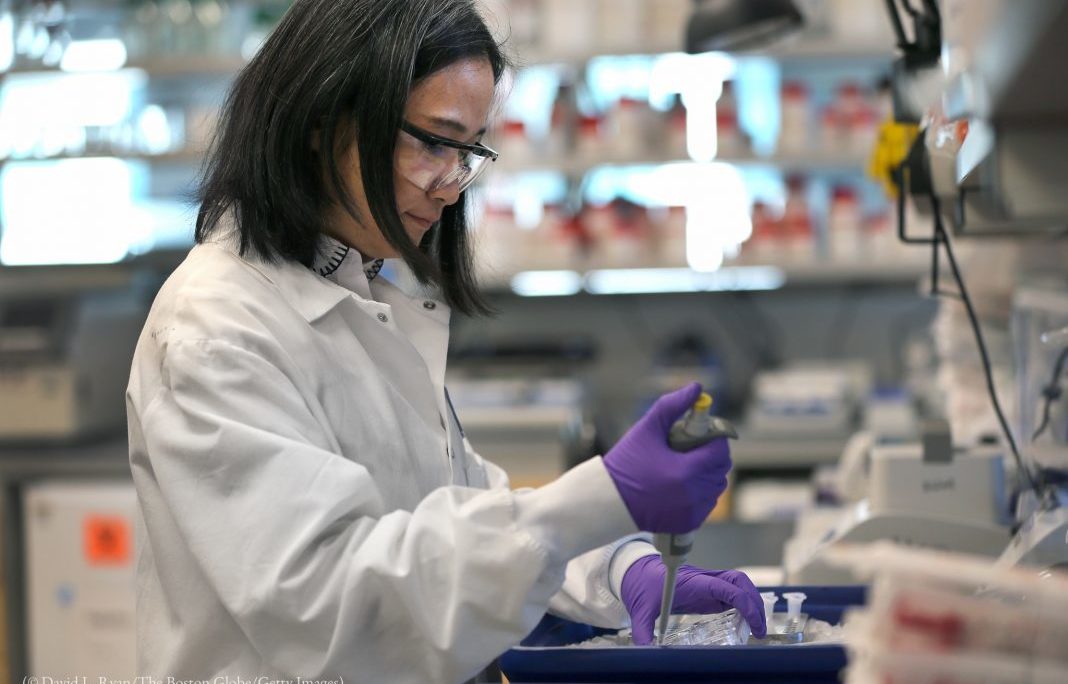 A scientist works in a laboratory at Moderna in Cambridge, Massachusetts, in February. (© David L. Ryan/Boston Globe/Getty Images)

U.S. Scientists are getting closer to a vaccine to keep the world safe from COVID-19 (April 10)

Several U.S. partnerships are already testing vaccines on humans — a major step toward showing the drug is safe and effective. Others are figuring out new ways to administer and deliver a vaccine when it’s ready.

The scientists at U.S. companies and universities have been able to compress their research, which usually takes months or years, into weeks. The effort received a boost when President Trump signed into law $8.3 billion in federal funds to fight COVID-19.

The money is helping federal agencies such as the National Institutes of Health and the Food and Drug Administration and their private-sector partners to quickly produce vaccines and new therapies.

Here are a few of the U.S. efforts to get a COVID-19 vaccine to the public within a year to 18 months.

Since March, researchers at two U.S. companies have started the human-testing phase of potential vaccines for COVID-19:

Both companies started working on vaccines as soon as the virus’s genetic sequence was published online in January.

This phase of testing involves giving up to 100 healthy adults the vaccine and closely monitoring them for side effects.

Developing this vaccine so quickly is a “major milestone,” Ami Shah Brown, Inovio’s senior vice president of regulatory affairs, said in a statement.

Scientists at the University of Pittsburgh School of Medicine have developed a potential vaccine for COVID-19 and a new method of delivering the vaccine. Instead of getting an injection, patients would press a patch the size of a person’s fingertip against their skin. The patch has 400 tiny needles that deliver the vaccine into the body.

“It feels kind of like Velcro,” Louis Falo, the chair of dermatology at the school who worked on the project, said in a statement.

The research team said on April 2 that it hopes to get FDA approval to start testing the patch and vaccine on humans in the next few months.

Johnson & Johnson, headquartered in New Brunswick, New Jersey, also is researching a vaccine and said it hopes to start testing it on humans no later than this fall.

But the company also has announced that it is increasing its manufacturing capacity with a goal of being able to produce more than 1 billion doses of a COVID-19 vaccine.

“The world is facing an urgent public health crisis,” said Alex Gorsky, chairman and chief executive officer of Johnson & Johnson. “We are committed to doing our part to make a COVID-19 vaccine available and affordable globally as quickly as possible.”