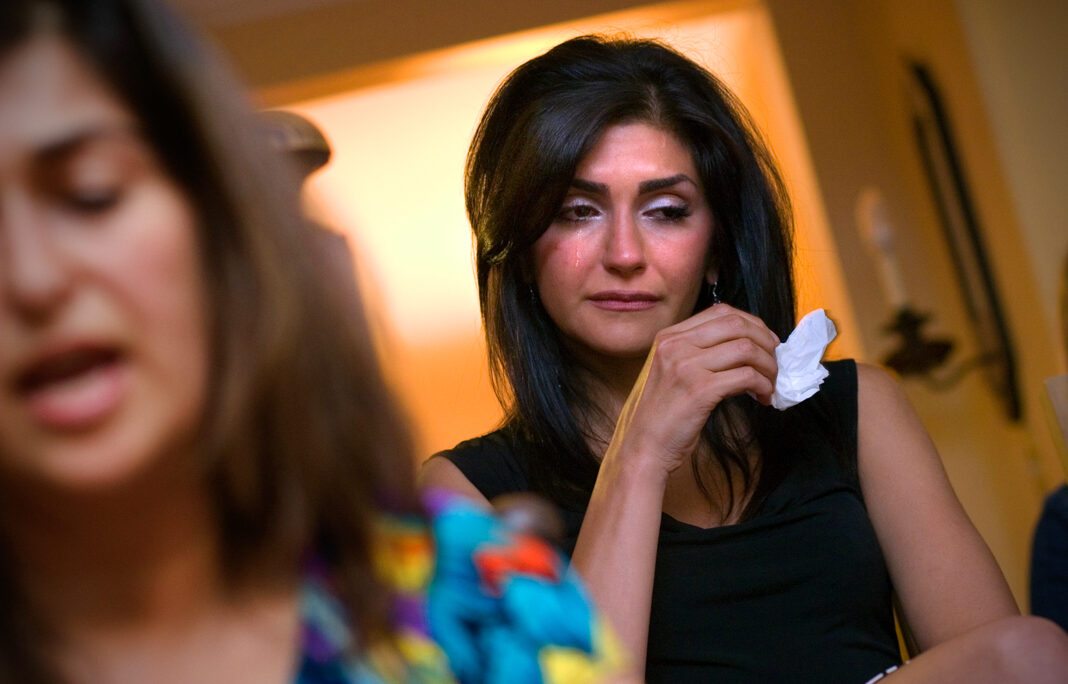 VIENNA,VA-JUNE, 04: Mahtab Mortezaei Farid cries during a prayer vigil for her father Kamran Mortezaei Farid at her home in Vienna,VA. on June 04, 2011. Her father was arrested in Iran the day of her graduation. He was supposed to call her that evening to congratulate her but instead he was arrest

The United States has imposed sanctions on senior Iranian officials responsible for continuing the regime’s long-standing persecution of religious minorities.

Iran’s constitution states that it protects the equal rights of “all people of Iran.” Yet since 1979 the regime has systematically harassed, arrested and executed members of religious minorities, the U.S. Commission on International Religious Freedom says in an August fact sheet.

The U.S. in the past year has sanctioned senior regime officials responsible for violations of religious freedom.

Yet religious persecution in Iran is on the rise. Christians faced a 1,000% increase in arrests in 2018, according to the commission, an independent and bipartisan government body that advises the U.S. president, Congress and secretary of state.

And the Baháʼí International Community warned in May that Baháʼís in Iran face increased persecution, including arbitrary arrests and prison terms of up to 13 years.

The U.S. Treasury Department in December sanctioned two of the regime’s Revolutionary Court judges who for years have severely punished religious minorities.

Abolghassem Salavati regularly imposes extremely harsh sentences on religious minorities, including members of the Baháʼí, Sufi and Zoroastrian religious communities, according to the commission.

Judge Mohammad Moghiseh has prosecuted members of the Baháʼí religious minority on allegations of propaganda against the state and collusion against national security after they held worship ceremonies, the Treasury Department says. He also sentenced eight Facebook users to a combined 127 years in prison on charges that included insults to religion.

Moghiseh, in March 2019, sentenced Nasrin Sotoudeh, a human rights lawyer, who defended women charged with removing their religious headscarves, to 148 lashes and 33 years in prison.

In February, the Treasury Department sanctioned Ahmad Jannati, the secretary of Iran’s Guardian Council, which has the power to vet candidates for public office. In 2017, Jannati barred non-Muslims from running for office in Shi’a Muslim–majority areas. And, in 2018, he invalidated the election of a Zoroastrian to a city council, according to the commission.

U.S. sanctions block subjects’ assets in the U.S. and prevent the subjects from doing business with U.S. citizens.

“The United States will not be a bystander to ongoing oppression and injustice in Iran,” Treasury Secretary Steven T. Mnuchin said announcing sanctions against the two judges in December. “This Administration is targeting those in the regime who seek to censor protestors, persecute religious minorities, and silence the Iranian people.”