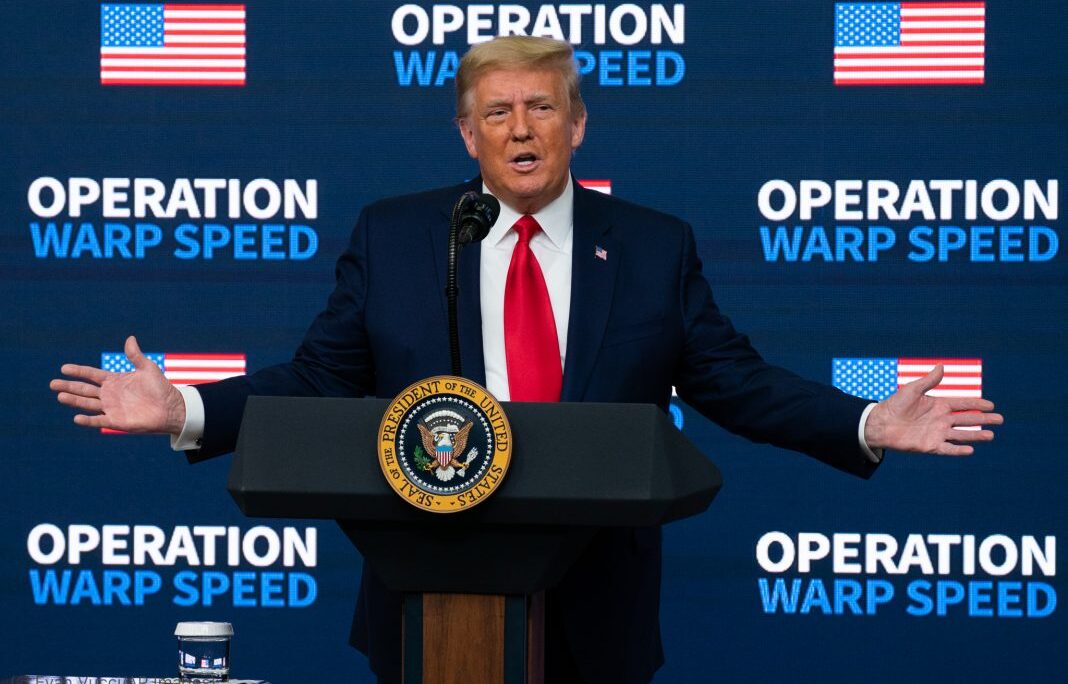 During the Operation Warp Speed Vaccine Summit held at the White House on December 8, President Trump said he expects the U.S. Food and Drug Administration will authorize a vaccine produced by U.S. manufacturer Pfizer in the coming days, with authorization of Moderna’s vaccine likely to follow soon after.

“American companies were the first to produce a verifiably safe and effective vaccine,” he told the televised audience. “Together we will defeat the virus, and we will soon end the pandemic, and we will save millions and millions of lives, both in our country and all over the world.”

Vaccine development and testing can sometimes take years, but the U.S. government invested $14 billion to commit to purchase doses and to expedite the development, clinical trials and manufacturing processes.

Trump’s December 8 executive order mandates the United States facilitate international access to safe and effective COVID-19 vaccines after all Americans have access to a vaccine, reaffirming the United States’ commitment to helping the world end the COVID-19 pandemic.

Through Operation Warp Speed, the United States has convened government scientists, private pharmaceutical companies and university researchers with the goal of finding safe and effective vaccines before the end of the year. U.S. government agencies have supported six COVID-19 vaccine candidates, five of which are in the late stages of clinical testing.

Both Pfizer and Moderna, two U.S. companies with whom the U.S. government has purchase agreements, have submitted applications for emergency use authorization for their candidate vaccines to the U.S. Food and Drug Administration. Both Pfizer and Moderna recently announced their vaccines have proven 95 percent effective in clinical testing.

While those companies’ vaccines are the first in the pipeline of anticipated U.S. emergency use authorizations, additional vaccines may be authorized in the months ahead, pending results from clinical trials. Meanwhile, the U.S. government also continues to support development of therapeutics for treatment of COVID-19.

“It has been incredible,” Trump said of the unprecedented push for a vaccine. “And it will end the pandemic.”