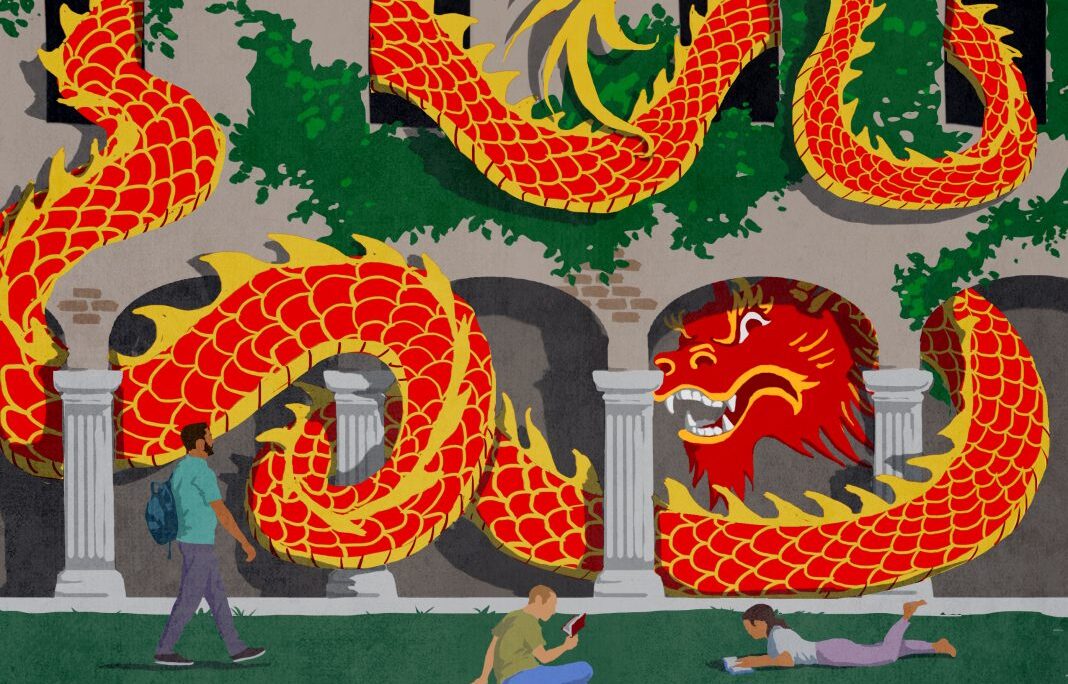 An assistant professor at Princeton University lets students use code names to shield their identities when discussing topics deemed controversial by the Chinese Communist Party. He’s not alone, says the Wall Street Journal.

Why is this happening?

Code names are one step U.S. universities are taking to protect foreign students from the authoritarian reach of the CCP on their campuses.

“We cannot self-censor,” Rory Truex, who teaches Chinese politics at Princeton, told the Wall Street Journal. “If we, as a Chinese teaching community, out of fear stop teaching things like Tiananmen or Xinjiang or whatever sensitive topic the Chinese government doesn’t want us talking about, if we cave, then we’ve lost.”

America’s long-standing commitment to academic freedom attracts students from around the globe to study at American universities.

The United States welcomed more than 370,000 students from China in 2019 — more than from any other country.

However, an increasing number of institutions find it necessary to take new precautions to protect these valued members of their campus communities as the CCP increasingly threatens academic freedom beyond its borders. In November, a court in the People’s Republic of China sentenced a 20-year-old national to six months in prison for tweets posted while he was studying at the University of Minnesota.

The Confucius Institutes are part of the CCP's propaganda apparatus and we will not permit them to exploit the openness of American society and our schools. https://t.co/HNEDv0bFSF

U.S. officials and student groups are urging universities to defend academic freedom against CCP pressure, especially through the Confucius Institutes, which present themselves as cultural centers but also police criticism of the CCP and disseminate state-sponsored propaganda, according to rights groups.

Recently, the United States designated the U.S. headquarters of the Confucius Institutes in Washington as a foreign mission. That means the group must now report on its funding sources, personnel and activities to increase transparency about its role as a foreign-government-directed entity in the United States.

Once available, this information will help universities better understand the influence of the CCP on their campuses and help schools make informed choices on how to protect their students, Krach says.

“Our goal is to see an improved, open and transparent environment in which U.S. and Chinese scholars can engage with greater trust,” he adds.

Krach also urges universities to defend against the PRC’s theft of research and intellectual property, and to ensure that university funds are not invested in companies that may contribute to the PRC’s internment of more than 1 million Uyghurs and other minorities in Xinjiang.

A coalition of groups, including the leaders of the College Republican National Committee and members of the College Democrats of America, also calls for greater protection of academic freedom. The coalition says Confucius Institutes try to censor discussion on American college campuses of topics deemed sensitive by the PRC.

“The Chinese government’s flagrant attempts to coerce and control discourse at universities in the United States and around the world pose an existential threat to academic freedom as we know it,” the coalition said in a May 13 statement.

“It is a civic and moral imperative that we protect that freedom.”