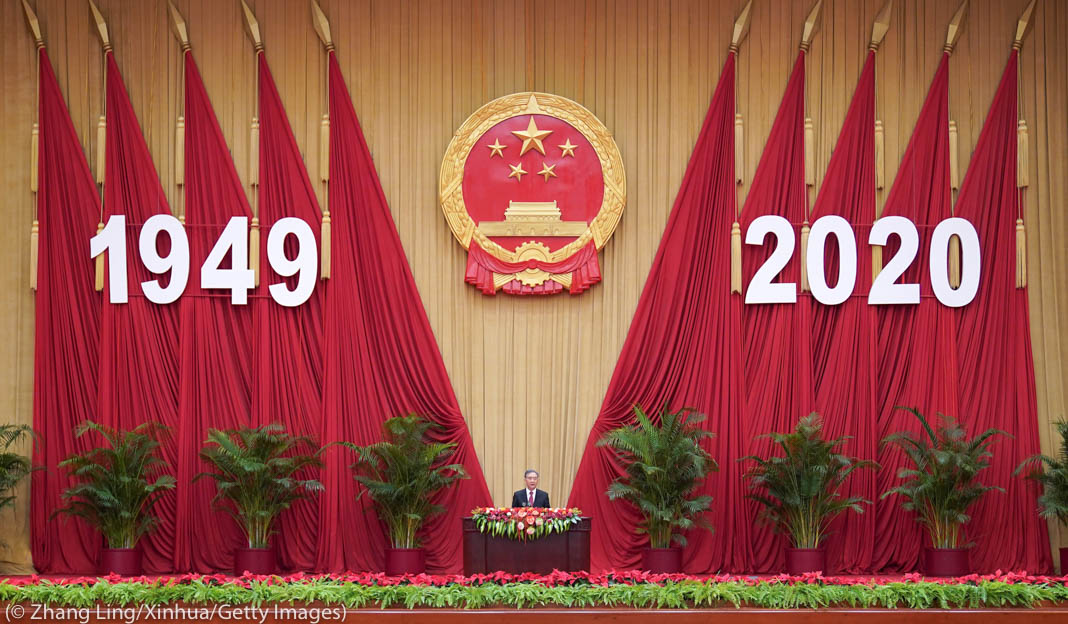 The Chinese Communist Party is challenging the free and open nature of democratic societies, a senior U.S. official says.

Assistant Secretary of State for East Asian and Pacific Affairs David Stilwell warned October 30 that the CCP is conducting “covert, coercive, and corrupting” political influence activities worldwide, even as it denies foreign meddling and promises countries “non-interference” and “win-win” deals.

The CCP “wants control, or at least veto power, over public discourse and political decisions the world over,” Stilwell said in remarks at the Hoover Institution at Stanford University. The CCP “poses a real risk to our basic way of life — prosperity, security, and liberty.” He called on countries around the world to recognize the regime’s authoritarian influence campaigns and defend the basic principles of democracy, openness and individual dignity.

.@SecPompeo: We are watching the world unite to come to understand the threat from the Chinese Communist Party. pic.twitter.com/BZP6Ax3S98

The CCP’s oppression of its citizens includes jailing of journalists and human rights activists, cracking down on democracy and freedom of speech in Hong Kong and waging a campaign of repression against Uyghurs in Xinjiang.

Student groups supported by Beijing have roughed up classmates in Australia who demonstrated for democracy in Hong Kong, while regime agents have threatened scholars who are critical of its policies in New Zealand and harassed Chinese dissidents around the world, Stilwell said.

The PRC systematically steals intellectual property from universities and businesses and undermines independent Chinese-language media around the world.

“A CCP-imposed world order would require obedience to Beijing,” Stilwell said. “Technological advances in surveillance and control would move the world toward a new dark age of tyranny.”

The United States is seeking to counter the CCP’s malign behavior, Stilwell said, and he urged other countries to do the same. U.S. officials are identifying organizations under CCP control, prosecuting CCP agents who violate U.S. law and demanding that American businesses be treated fairly.

In October, the United States and the European Union launched a dialogue to address threats from the CCP through joint efforts to defend their shared democratic value systems.

“This problem is global,” Stilwell said. “It is often only by acting in concert that other countries can shift the calculus in favor of reciprocity, transparency, and freedom.”