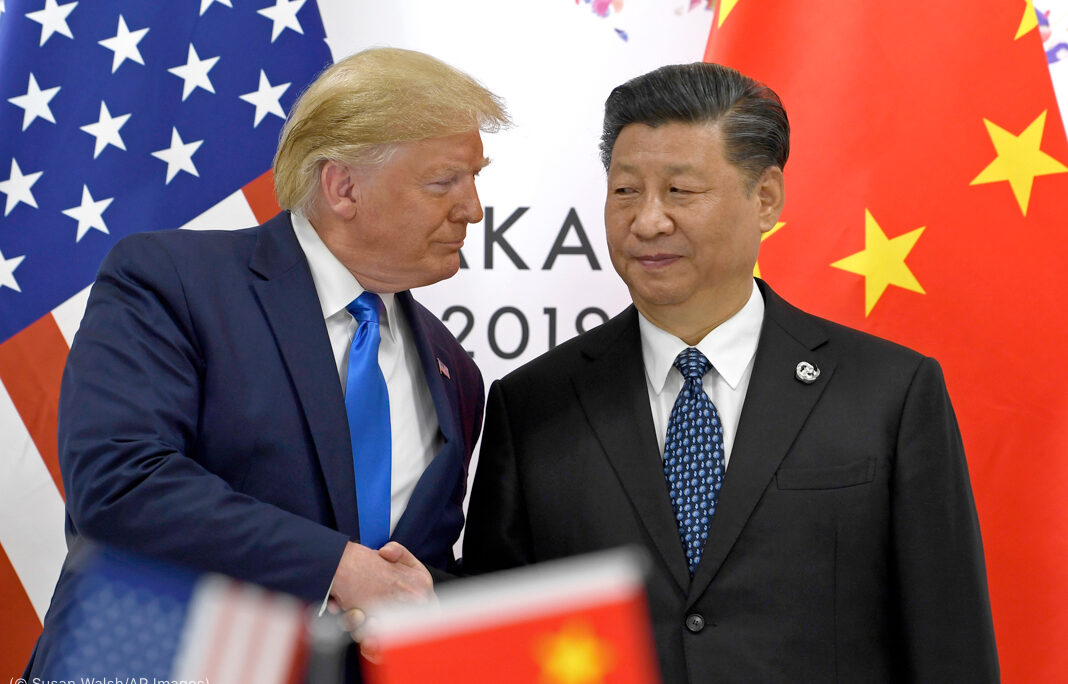 FILE - In this June 29, 2019, file photo, U.S. President Donald Trump, left, shakes hands with Chinese President Xi Jinping during a meeting on the sidelines of the G-20 summit in Osaka, western Japan. Facing another U.S. tariff hike, Xi is getting tougher with Washington instead of backing down. B

The U.S. is committed to working with international partners to uphold core values and freedoms.

According to a new report published by the White House with input from 20 departments and agencies, the U.S. seeks to protect the widely accepted international order against violations of global rules and norms by the People’s Republic of China (PRC).

In the “United States Strategic Approach to the People’s Republic of China,” issued May 20, the U.S. government states that deepening engagement with the PRC has not produced the hoped-for “fundamental economic and political opening” in China. Instead, the Chinese Communist Party (CCP) aggressively threatens other countries and its own citizens.

Not only does the CCP’s “expanding use of economic, political, and military power to compel acquiescence from nation states” harm vital American interests, the report says, it also “undermines the sovereignty and dignity of countries and individuals around the world.”

The challenge from China

The report offers a “clear-­eyed assessment” of the CCP’s challenges to the free and open international order:

The report describes why the United States has adopted a competitive approach to protect U.S. interests and impose costs on the CCP for its harmful actions. By working with international partners, the U.S. will uphold core values, including human rights, religious freedom and freedom of navigation.

The United States is committed “to the fundamental values and norms that have served as the foundation of the international system since the end of the Second World War,” the report says.