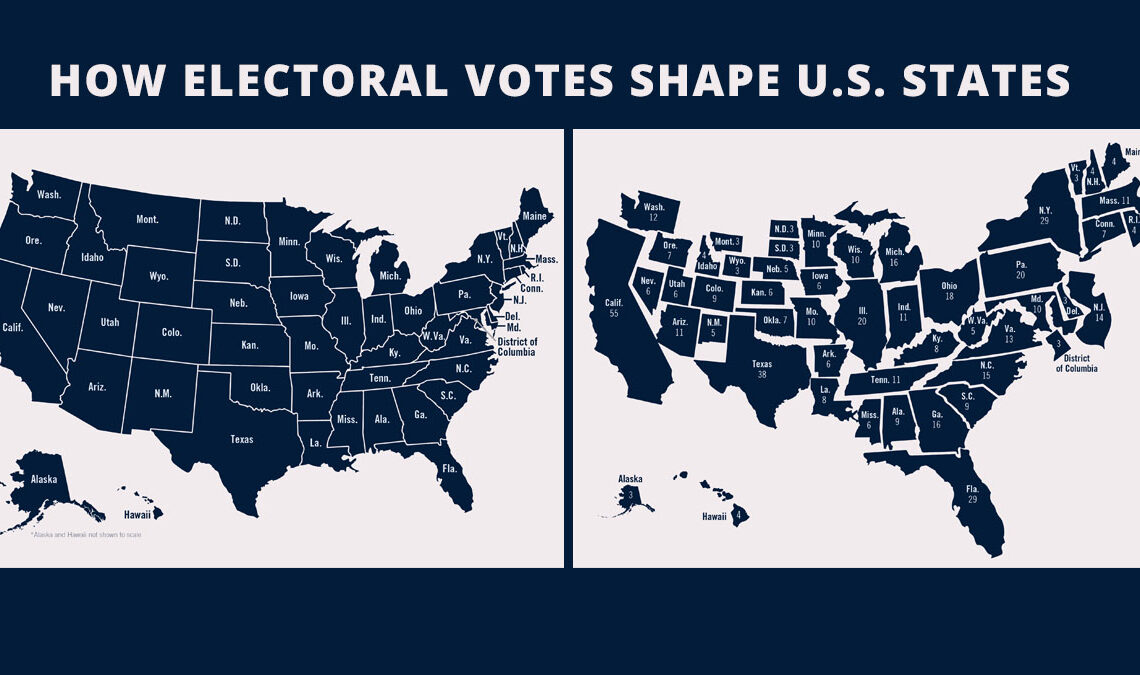 When U.S. citizens cast their presidential election ballots, they’ll be voting for someone like Hagner Mister or Rex Teter.

You probably have not heard of Mister or Teter. In fact, most voters who chose them in 2016 did not know who they were. During the last presidential election, Mister and Teter served as electors — a group that is an important part of America’s system for selecting a president. The group is called the Electoral College.

The Electoral College is difficult to explain, notes Gary Gregg, director of the University of Louisville McConnell Center, a nonpartisan academic center that focuses on civic education. Each U.S. state gets the same number of electors that it has members of the U.S. House of Representatives plus two more because each state has two U.S. senators. Those electors choose the next president.

The country’s founders created a presidency that has executive power to get things done and is representative of the people so it does not become a dictatorship.

A direct popular vote wasn’t a serious consideration, Gregg says, in an era when people were spread throughout the country without today’s communication tools or a developed party system to help them sort through candidates. Elections might frequently have ended with several candidates so close that the House of Representatives would decide the president.

Basing electors on congressional representation mirrors the compromise among states regarding those delegations. States with larger populations are granted a larger, proportionate number of House members, and states with smaller populations are allotted the same number of senators (two) that more populous states have.

The District of Columbia and 48 of the states give all their electoral votes to the candidate who wins their state, whether they squeak by or accumulate thousands more votes. Only Nebraska and Maine allow more than one candidate to win electoral support.

Ahmed says the system gives swing states — those that teeter between parties each election year — an outsize influence on the candidates.

But Gregg says the elections of the past 70 years, which have been competitive and have produced many Republican and Democratic presidents, are proof the system works. “The Electoral College has proven to give us good, competitive, valid elections,” Gregg says.