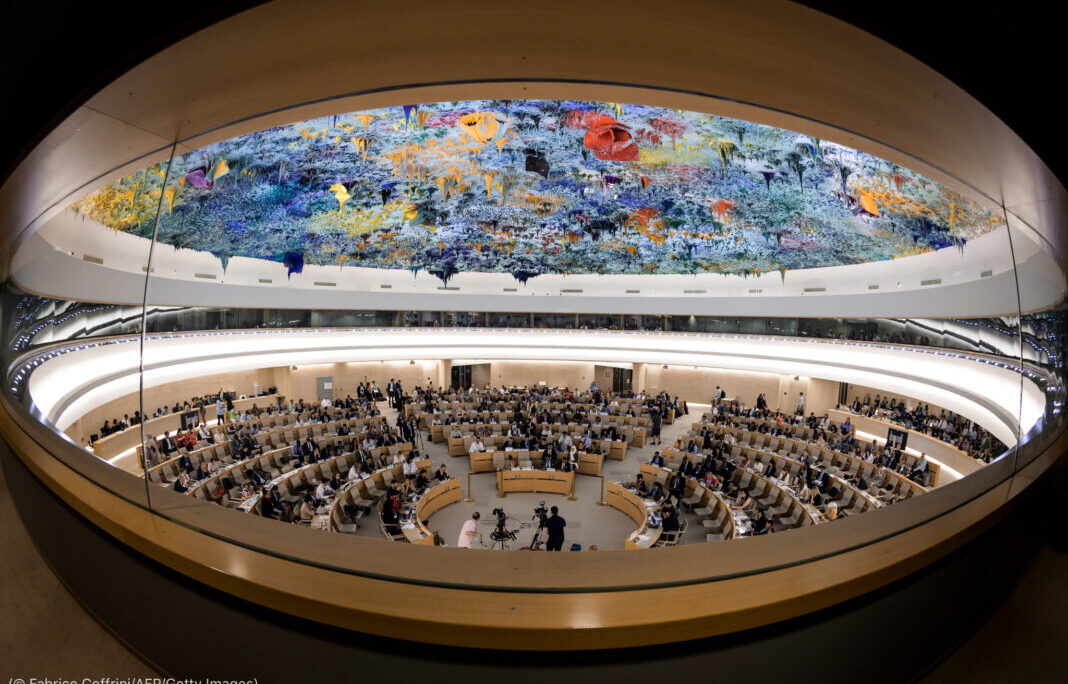 The United Nations Human Rights Council meets in Geneva in 2019 during a debate on a report about the killing of Saudi journalist Jamal Khashoggi. (© Fabrice Coffrini/AFP/Getty Images)

“Together, we will stand up for the rights of all, including women and girls, members of LGBTQI+ communities, members of ethnic and religious minorities, those living with disabilities, and members of other marginalized groups,” President Biden said October 14.

The promotion and protection of the rights to freedom of expression, freedom of peaceful assembly and association, and freedom of thought, conscience and religion will be U.S. priorities as a council member.

The United States recently led a joint council statement against racism and nominated candidates to serve on two U.N. human rights treaty bodies, one on countering racial discrimination and a second on the elimination of torture. Both nominees, Gay McDougall and Todd Buchwald, were elected.

“Defending human rights and demonstrating that democracies deliver for their people is a fundamental challenge of our time,” Biden said.

At the start of the Biden-Harris administration the United States served as an observer to the Human Rights Council. As a full member of the council, the United States will be able to vote on resolutions and participate in all council debates and discussions.

Pleased to announce the U.S. has been elected to the @UN_HRC. With @POTUS' pledge fulfilled, we will work to ensure the Council lives up to the principle that “all human beings are born free and equal in dignity and rights.” Thanks for the overwhelming support from Member States. pic.twitter.com/ECbIdbLRWK

“Our initial efforts as full members in the Council will focus on what we can accomplish in situations of dire need, such as in Afghanistan, Burma, China, Ethiopia, Syria, and Yemen,” said Ambassador Linda Thomas-Greenfield, U.S. representative to the United Nations.

Nations that serve on the council should be committed to improving human rights conditions both worldwide and in their own countries. Several council members have poor human rights records, and the United States will oppose election of states that do not respect human rights.

“Together, we must push back against attempts to subvert the ideals upon which the Human Rights Council was founded, including that each person is endowed with human rights and that states are obliged to protect those rights,” U.S. Secretary of State Antony Blinken said October 14.

President Biden’s agenda places human rights at the center of U.S. foreign policy. In December, he will host the virtual Summit for Democracy, where participants from government, civil society and the private sector will discuss how democratic governance can address the world’s greatest challenges while respecting human rights.