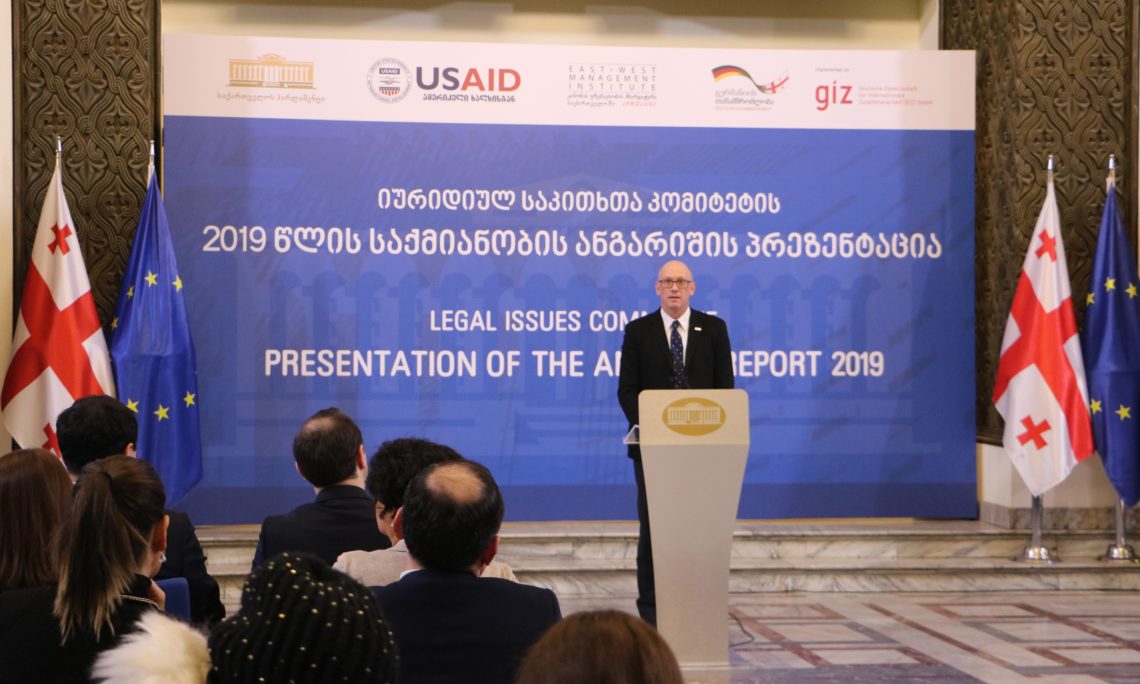 Today USAID/Georgia Mission Director Peter Wiebler spoke at the Parliamentary Legal Issues Committee’s presentation of its 2019 annual report and underlined the U.S. Government’s support for the implementation of important reforms strengthening the rule of law in Georgia.  The event highlighted several areas where the U.S. Government supported the Committee, such as Parliament’s role in the Supreme Court confirmation process, the Fourth Wave of Judicial reform, anti-sexual harassment legislation, and anti-discrimination legislation.

Mission Director Wiebler shared the U.S. Government’s expectations for the full implementation of reforms that are crucial for creating the conditions for Georgian society to achieve self-reliance.  He also encouraged the Parliament to review the existing legislation governing the selection of Supreme Court judges, to ensure decision making fully substantiates the selection process so that the Georgian public has confidence in the outcome of the process.