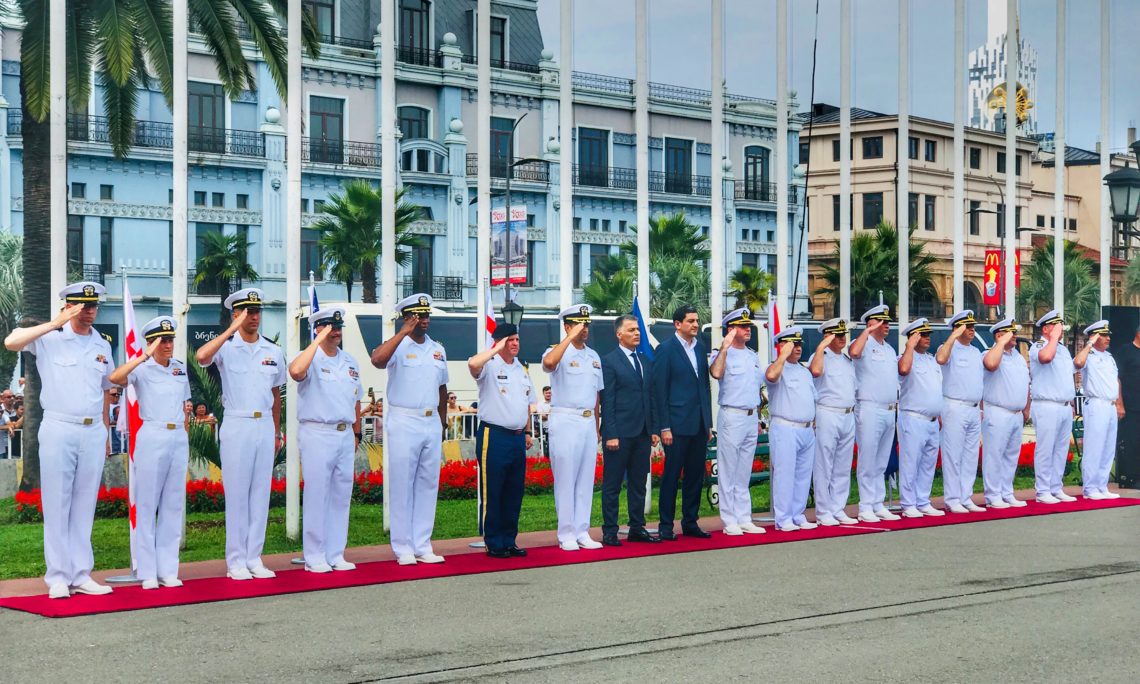 The USS Carney (DDG 64), an Arleigh Burke-class guided-missile destroyer from the United States’ Navy 6th Fleet, will make a port visit in Batumi, Georgia, on August 23-25, 2018. The USS Carney’s visit reaffirms the United States’ commitment to strengthening ties with NATO allies and partners such as Georgia, while working toward mutual goals of promoting security and stability in the Black Sea region.

The USS Carney’s port visit will further build on previous U.S. Navy visits to Georgia that enhance the professional partnerships and personal relationships between the United States and Georgia. While in Georgia, the USS Carney will conduct routine combined training with the Georgian Coast Guard and provide ship tours for select groups.

The USS Carney, forward-deployed to Rota, Spain, is deployed in a multi-mission role in the U.S. 6th Fleet area of operations to contribute to regional maritime security, conduct bilateral and multilateral training missions, and to support NATO operations and deployments throughout the Black Sea region. The U.S. Navy routinely operates ships in the Black Sea consistent with the Montreux Convention and International Law.