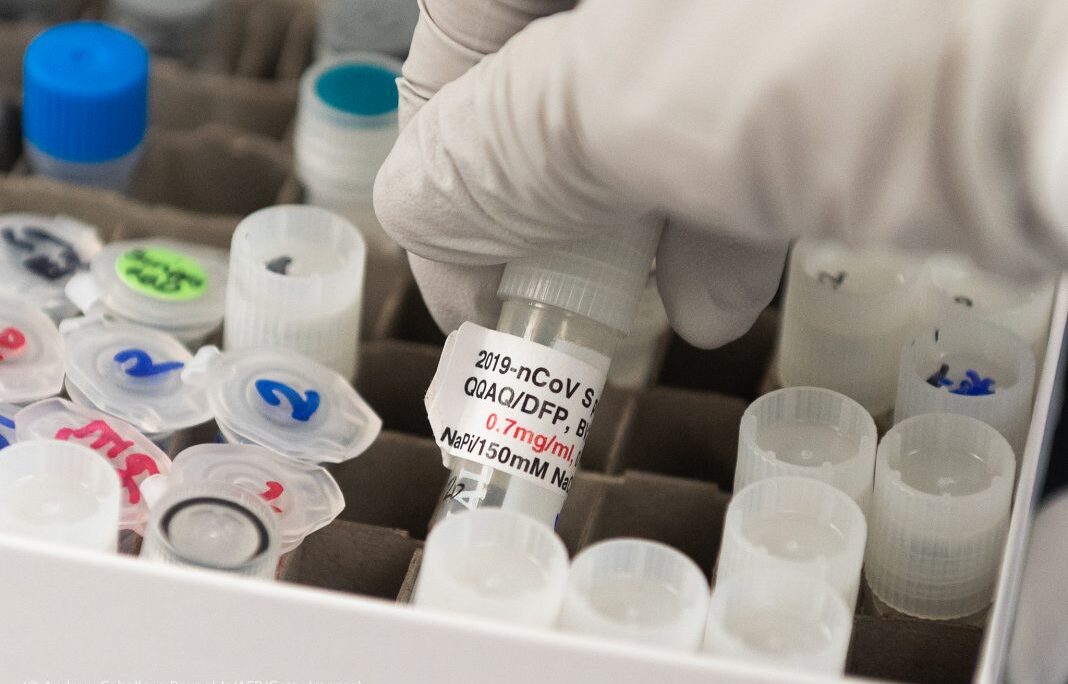 Vaccines have helped control and even eradicate many deadly diseases, including polio and smallpox. And now the hunt is on for a vaccine to prevent the COVID-19 disease, which has afflicted more than 2 million people worldwide.

Scientists racing toward a COVID-19 vaccine are building on America’s long-standing efforts to limit the toll of infectious diseases worldwide.

Polio paralyzed hundreds of thousands of children annually before Jonas Salk, an American physician, medical researcher and virologist, discovered a vaccine in 1955. Vaccines have nearly eradicated the disease globally, with cases dropping 99 percent between 1988 and 2013, according to the U.S. Centers for Disease Control and Prevention (CDC).

Now, U.S. innovators are at the forefront of the search for a COVID-19 cure. Of three potential vaccines that have begun human testing, two were developed by U.S. researchers, according to published reports.

NEWS: @EmoryUniversity in Atlanta will begin enrolling healthy adult volunteers in a Phase 1 clinical trial of a vaccine designed to prevent #coronavirus disease. The trial began in Seattle last week & will enroll a total of 45 people across the 2 sites: https://t.co/mxSNJjm7mq pic.twitter.com/1yf5BettP1

Scientists at the University of Maryland School of Medicine are among those weighing whether existing vaccines, such as for polio, could boost people’s immunity and save lives while potential vaccines for COVID-19 are in development, the Associated Press reports.

U.S. researchers are also searching for cures to these diseases:

MERS spread to the United States in 2014 after first appearing in humans in the Arabian Peninsula in 2012. Scientists have learned how the virus (MERS-CoV) causes the disease and have begun developing potential vaccines.

The National Institute of Allergy and Infectious Diseases (NIAID) says one of the potential vaccines for COVID-19 moved quickly to clinical trials because it was adapted from a potential vaccine designed for MERS.

Ebola virus disease can cause fever, internal bleeding and death. The virus is transmitted between humans through contact with bodily fluids. Outbreaks occur primarily in Africa, most recently in the Democratic Republic of the Congo (DRC), where more than 2,100 people have died since 2018.

U.S. and European regulators recently approved U.S. pharmaceutical firm Merck’s vaccine against the disease. The United States has been the largest single donor to Ebola response efforts since the most recent outbreak of the disease began in August 2018.

The Zika virus is primarily transmitted by mosquitoes and led to thousands of children being born with birth defects in the Western Hemisphere in 2015 and 2016.

The U.S. Defense Department’s Walter Reed Army Institute of Research has made rapid progress toward a vaccine for Zika and began clinical trials on a potential cure in late 2016.

NIAID scientists developed an experimental vaccine and began testing it in clinical trials in March 2017.

Another mosquito-borne illness, malaria, poses a risk to half the world’s population, 3.2 billion people. The disease was killing 700,000 people annually in Africa before President George W. Bush launched the U.S. President’s Malaria Initiative in 2005. By 2017, malaria deaths had been cut by more than half to roughly 300,000 annually.

The Defense Department partners with private companies working on potential vaccines for malaria and recently conducted trials on a candidate vaccine.

TB is caused by bacteria that attack the lungs. It’s spread from person to person when an infected person sneezes or coughs germs into the air. The disease kills 1.5 million people per year, and has surpassed AIDS as the world’s leading infectious cause of death.

An existing vaccine has limited efficacy. That’s why NIAID funds research into vaccines and treatments. Several potential vaccines have shown success in animal studies and are undergoing clinical testing. The U.S. Food and Drug Administration in 2019 approved only its third anti-TB drug in more than 40 years, offering hope to patients who were once considered untreatable.