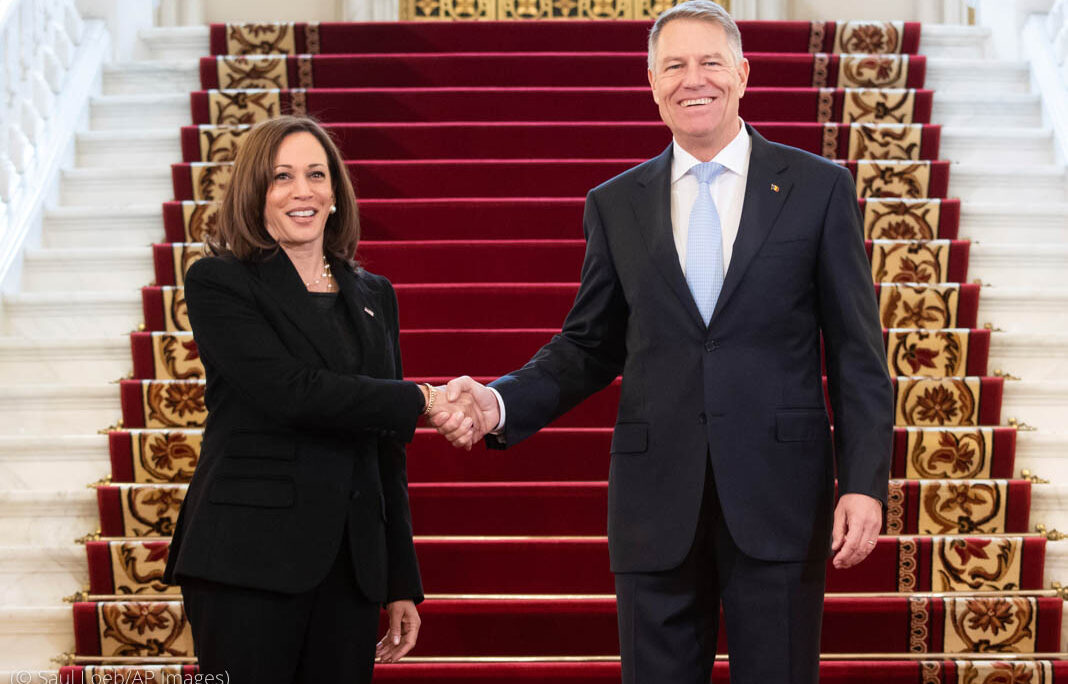 Vice President Harris reiterated America’s steadfast commitment to the NATO alliance in the face of Russia’s unjustified and brutal war against Ukraine. In a March 9–11 trip to Poland and Romania, the vice president also announced an additional nearly $53 million in new U.S. humanitarian assistance to help the millions fleeing from Russia’s bombing of schools, hospitals and homes throughout Ukraine. “You are not alone,” the vice president said March 10 when she met in Warsaw with people who were forced to leave Ukraine. “We, around the world, are watching. People around the world are expressing their support and asking how they can help.”

Harris said the United States’ commitment to Article 5, which says that an attack against one NATO member is an attack against them all, is “ironclad.” “The United States is prepared to defend every inch of NATO territory,” Harris said during a March 10 joint news conference with Polish President Andrzej Duda. The vice president also met with Polish Prime Minister Mateusz Morawiecki on March 10 and Romanian President Klaus Iohannis the next day in Bucharest.

n Ukraine, which borders Poland and Romania, have forced more than 2.5 million people to leave Ukraine since the assaults began late February, leading to a humanitarian crisis.

Harris thanked the people of Poland and Romania for their generosity and kindness in accepting people from Ukraine escaping the horrors of Vladimir Putin’s war, including dissidents and exiles from Russia and Belarus. More than 1.5 million refugees are in Poland and nearly 85,000 are in Romania.

The additional U.S. humanitarian assistance, through the U.S. Agency for International Development, will provide communities affected by ongoing fighting with:

The additional U.S. humanitarian assistance follows the more than $1 billion the United States provided Ukraine over the last year. Beyond that, the U.S. Congress recently approved $13.6 billion in military, humanitarian and economic assistance to help Ukraine and European allies. President Biden signed the bill on March 11.

The vice president said Russia’s government and its supporters, like the Lukashenka regime in Belarus, will be held accountable for its heinous actions in Ukraine, including an airstrike on a maternity hospital that drew international outrage. “I have no question the eyes of the world are on this war and what Russia has done in terms of this aggression and these atrocities.” Harris’ visit comes after several recent exchanges she had with U.S. allies and partners. This includes meeting with leaders of Estonia, Latvia and Lithuania when she was in Germany last month.