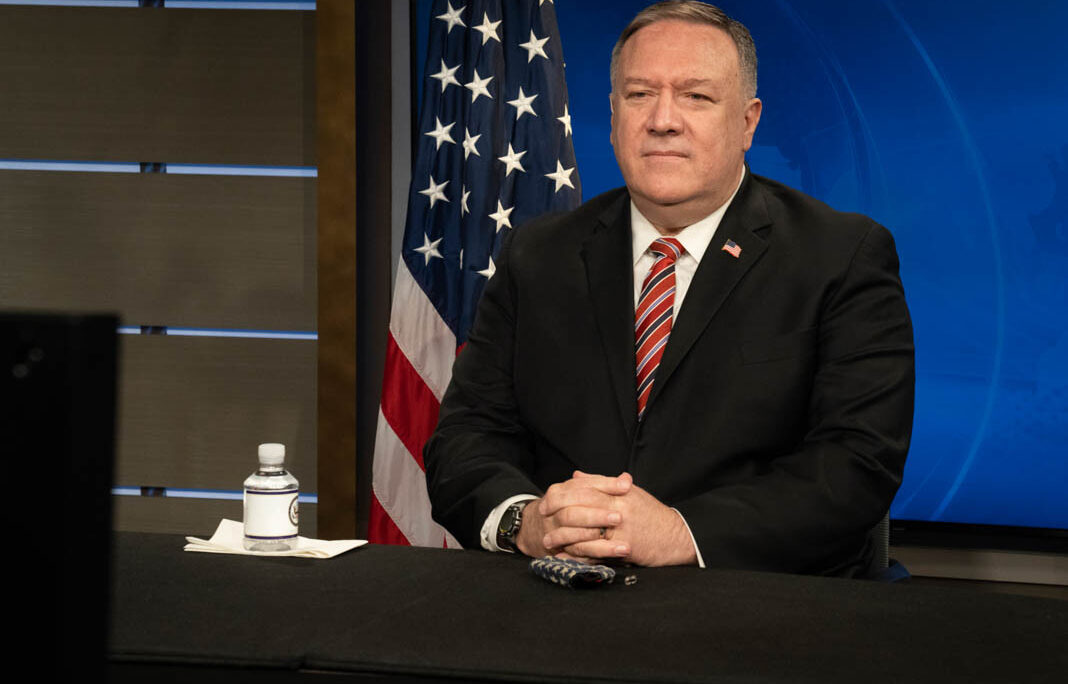 Secretary of State Michael R. Pompeo virtually meets with the WSJ CEO Council 2020, from the U.S. Department of State in Washington, D.C., on December 7, 2020. [State Department photo by Freddie Everett/ Public Domain]
The United States is calling out “egregious violations” of religious freedom worldwide, as many regimes continue to criminalize expressions of religious faith.

On December 7, U.S. Secretary of State Michael R. Pompeo designated the governments of Iran, China, North Korea and a half dozen other nations as “countries of particular concern” for engaging in or tolerating systematic and egregious violations of religious freedom.

“The United States will continue to work tirelessly to end religiously motivated abuses and persecution around the world, and to help ensure that each person, everywhere, at all times, has the right to live according to the dictates of conscience,” Pompeo said.

The designations make regimes eligible for sanctions under U.S. law.

The United States also placed Cuba, Russia, Nicaragua, and Comoros on its special watch list for governments that have engaged in or tolerated severe violations of religious freedom.

.@SecPompeo: If we don’t defend religious freedom, no one else will. https://t.co/Lt4uzdtuuc pic.twitter.com/ws0DfSHhkn

The U.S. Commission on International Religious Freedom, in a December 9 report, finds dozens of nations enforce blasphemy laws criminalizing expressions deemed to offend the religious doctrine of some.

The report, Violating Rights: Enforcing the World’s Blasphemy Laws (PDF, 4.7MB), says 84 countries have blasphemy laws on the books, and that blasphemy is punishable by death in four countries, including in Iran.

Between 2014 and 2018, 41 countries registered 674 cases of blasphemy, with 81% of those cases occurring in 10 countries. Pakistan’s 184 new cases topped the list of enforcement actions, while Iran ranked second with 96 cases, the report says.

The United States is calling on all countries to repeal blasphemy or apostasy laws, which punish people who leave a religious faith, Ambassador at Large for International Religious Freedom Sam Brownback told reporters December 8.

“We are seeing on the good side a number of religious groups and theologians — Christians, Muslims and Jews in particular — stepping up to push back against the use of religion for violent purposes and saying no, our faith is a peaceful faith,” he said.

The U.S. Department of State has removed Sudan and Uzbekistan from its special watch list after governments in those two countries made significant progress toward religious freedom. Sudan repealed its apostasy law, which had made renouncing Islam punishable by death.

“Their courageous reforms of their laws and practices stand as models for other nations to follow,” Pompeo said December 7.