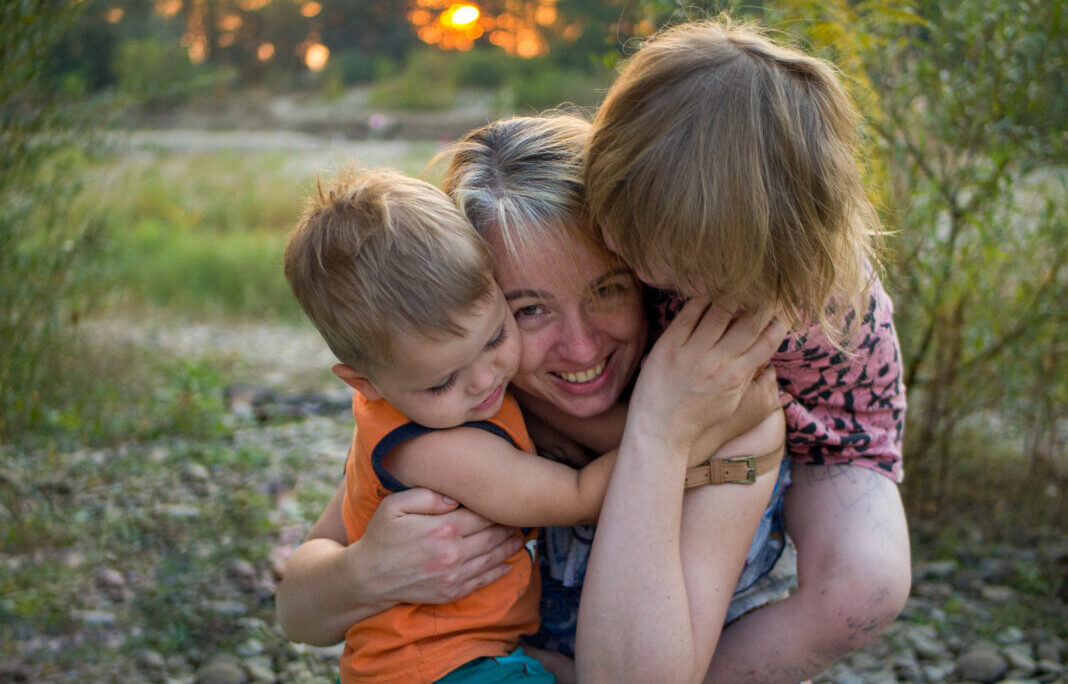 After fleeing occupied Ukraine with her family, Nataliya, shown with her children, is working to provide humanitarian assistance to Ukrainians. (Courtesy of Nataliya)

This is part of a series of articles highlighting the costs of Vladimir Putin’s aggression in Ukraine. This interview took place before the Russian military further invaded Ukraine on February 24. For the last seven years, Nataliya has helped her fellow Ukrainians who were forced to flee their homes when Russia invaded in 2014. Nataliya and her husband decided to create a community for internally displaced persons after they and many others could not return to their homes in Ukraine. “From the very beginning, our task was to help us achieve peace,” she said.

Up until 2014, Nataliya lived and worked in Donetsk in eastern Ukraine. Donetsk is located in the Donbas region. In 2014 Russia instigated a conflict, invaded and took control of parts of the region. After the invasion, Nataliya enrolled in a university to acquire new skills needed to manage an organization dedicated to gender equality and preventing domestic violence. After founding a nongovernmental organization, she helped open a shelter for survivors of domestic violence.

Before the 2014 invasion, Nataliya and her husband had a comfortable house with a garden in Donetsk. But when she and her husband took a short trip to the western part of the country after Russia invaded, they were told they could not return to their hometown. For the last eight years, Nataliya has not been able to visit her parents because they live in occupied Ukraine. She cannot visit relatives’ gravesites. Her parents have yet to meet their new grandchild. “It’s very difficult to understand until you see it,” she said. “I had not seen war but understood that this is something bad, but you never know it until you see it.”

Not knowing about their long-term future, Ukrainians like her can only plan one day ahead. “We didn’t want this war,” Nataliya said. “We just wanted the independence that Ukraine is trying to achieve over many, many years and centuries.”

Learn more about her story in this short video.