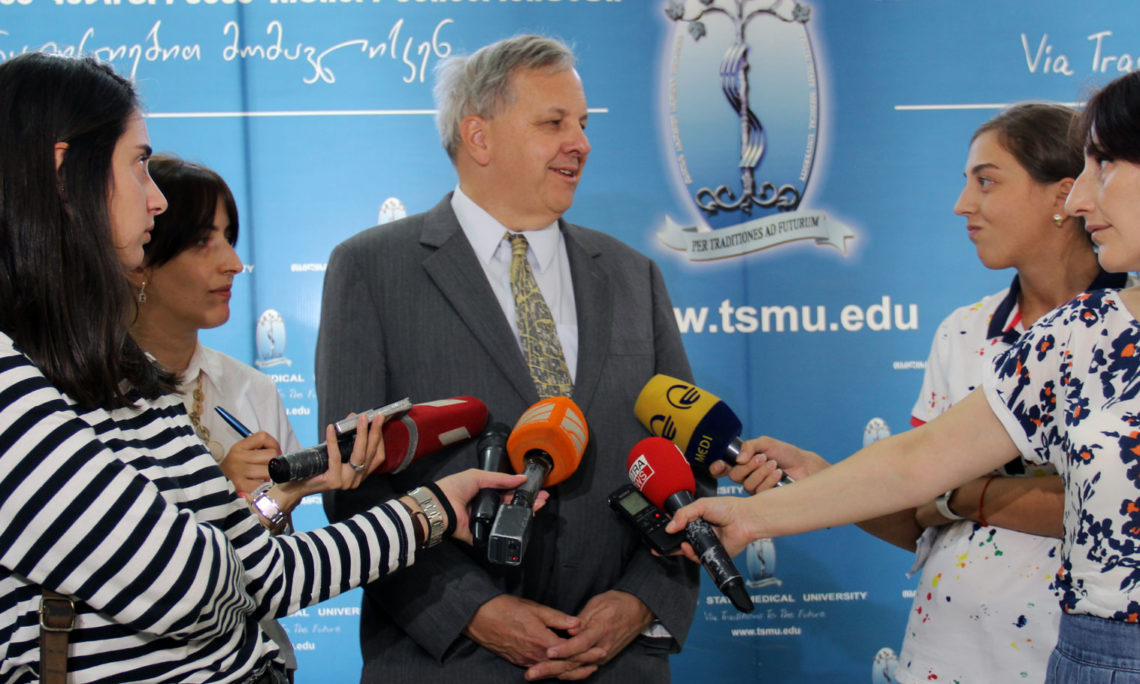 Ambassador Kelly:  It was a real honor and a privilege for me to participate in the ceremony of welcoming new international and Georgian students into the American MD program. This is another example of the great partnership between the United States and Georgia — one of the oldest programs of partnership that we have — and that is a great example of the kind of investment that the American people have made in the future of Georgia.

Q-n about Georgia and the UN General Assembly

The best indication of how seriously we take the issue of Georgia, its reform effort, and protection of its sovereignty and territorial integrity was the fact that both President Trump and the Vice President, and several cabinet officials, including Secretary Tillerson, all met with the Prime Minister within the first three months of this administration.  And, I think as we go forward, you will see more engagement on this issue by the United States, you will see more programs of cooperation, programs of training in the area of self-defense. This is very high on the U.S. agenda and I would say very high on the international agenda as well, the whole idea of importance of protecting the sovereignty and territorial integrity of states like Georgia and Ukraine.