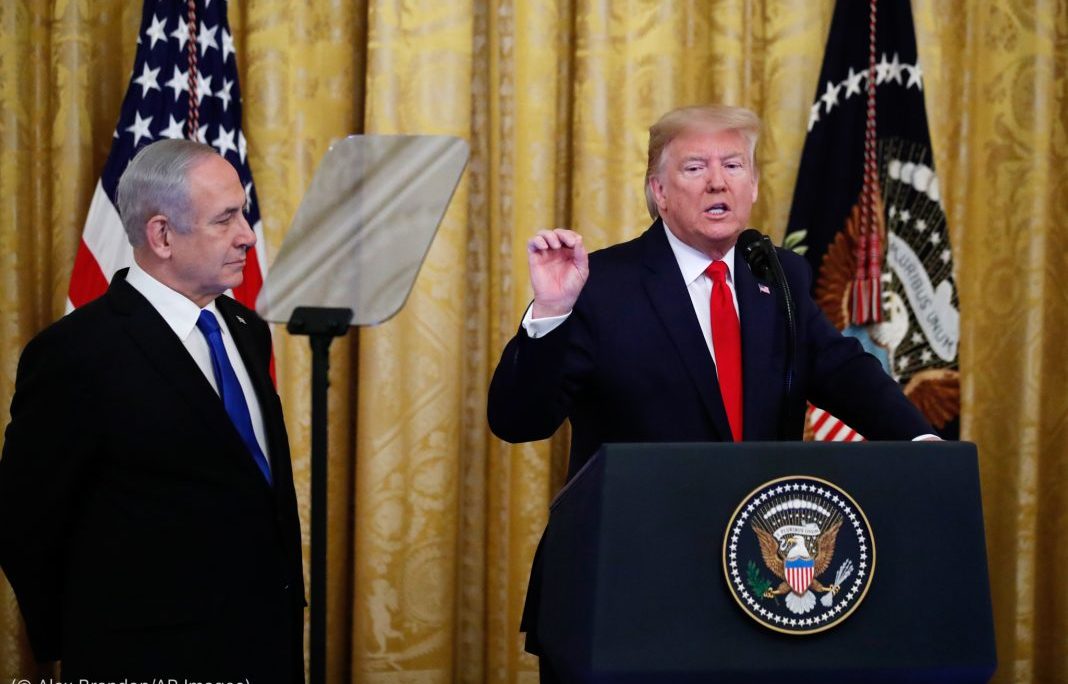 President Trump released on January 28 the administration’s vision for peace between Israel and the Palestinians.

Speaking in the East Room of the White House with Israeli Prime Minister Benjamin Netanyahu, the president described his plan to resolve the decades of conflict between Israeli and Palestinian people as a “historic breakthrough.”

The plan is “a realistic two-state solution that resolves the risk of Palestinian statehood to Israel’s security,” President Trump said. “I want this deal to be a great deal for the Palestinians.”
The plan builds on the previously released “Peace to Prosperity” economic framework, which, in partnership with the political proposal, aims to create jobs and promote investment in the broader Middle East. Secretary of State Michael R. Pompeo described the plan as “another courageous and bold step towards a lasting peace between Israel and the Palestinians.”

Countries around the world welcomed the president’s peace plan. The ambassadors from Bahrain, Oman and the United Arab Emirates attended the release of the plan at the White House, and the governments of Australia, Austria, Egypt, France, Italy, Morocco, Poland, Saudi Arabia and the United Kingdom announced their appreciation for President Trump’s efforts.

“The Kingdom appreciates the efforts of President Trump’s administration to develop a comprehensive peace plan between the Palestinian and Israeli sides,” the Foreign Ministry of Saudi Arabia said in a tweet.

Prime Minister Netanyahu said, “Down the decades — and perhaps down the centuries — we will also remember January 28th, 2020.”

Trump called the plan “the most detailed proposal ever put forward” and “fundamentally different from past proposals.”