Home Home | News & Events | Who gets to use messaging apps in Iran? 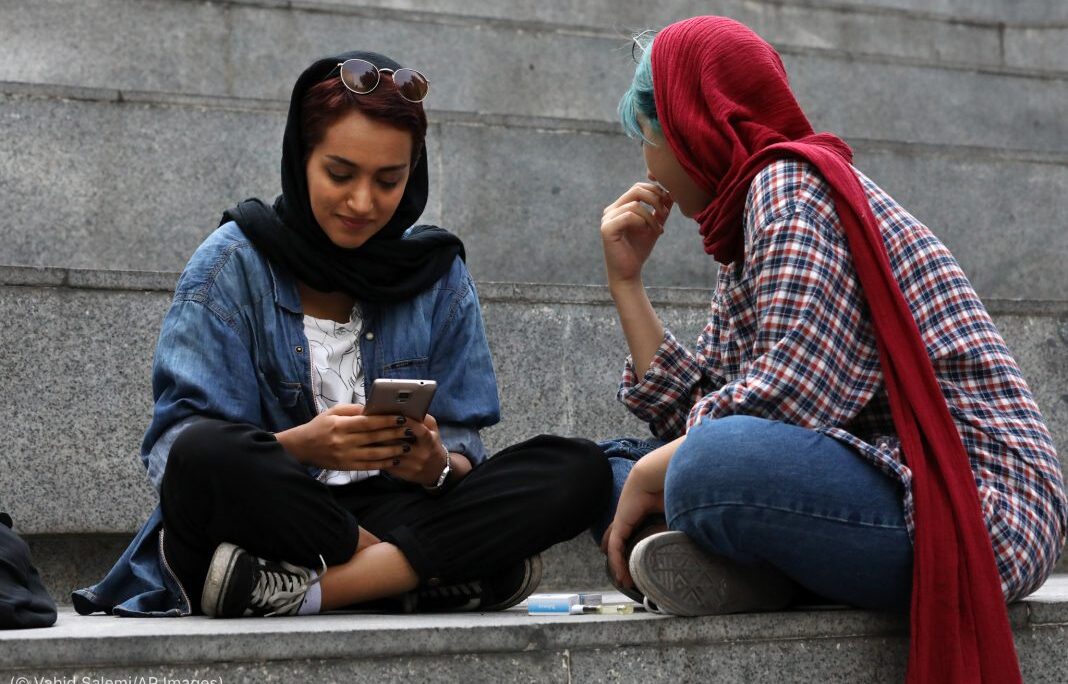 An Iranian woman looks at her mobile phone outside a shopping mall in Tehran in 2019. (© Vahid Salemi/AP Images)

Iranian lawmakers have proposed banning all foreign-owned social messaging apps and replacing them with domestic versions run by the regime.

Dozens of lawmakers have signed the August 24 proposal to create a committee to license and monitor domestic social networking sites and impose punishments of up to two years in prison for violating the new rules, Radio Farda reports.

Iran’s Supreme Leader Ali Khamenei has several foreign language accounts on Twitter. He posted numerous tweets on September 1 bashing a peace deal between the United Arab Emirates and Israel as a “betrayal” of Arab nations that “won’t last long.” Since then, Bahrain has also joined the UAE in normalizing ties with Israel.

The move to further restrict internet access comes after the regime blacked out the internet to mask its violent crackdown on nationwide protests in November. Regime forces killed about 1,500 people and rights groups say the regime tortured protesters after the demonstrations.

The Iranian regime’s security and intelligence agencies apply filters to disrupt internet connections or restrict access. Telegram, the most popular messaging app in the country, is often censored, according to Radio Farda.

Since 2005, Iran’s leaders have spent at least $4.5 billion to build a domestic intranet that would block data requests from going outside the country and allow the government to censor content. Regime officials recently announced a deal with China to build the national intranet.

The proposal in Iran’s parliament, called “Organizing Social Media Messaging,” would establish a committee to license and monitor messaging apps. The committee of regime entities would include a representative of the Islamic Revolutionary Guard Corps — a U.S.-designated terrorist organization that answers directly to Khamenei.

The plan would require that an Iranian citizen own at least 50 percent of any domestic app, which must be hosted in Iran and comply with the nation’s laws. Individuals or entities that produce a messaging app outside the law or distribute virtual private networks would be in violation.

The U.S. government supports the right of the Iranian people to the free flow of information through its policies, such as the U.S. Treasury Department’s General License D1, which facilitates the use of personal communications services in Iran.