Home Home | News & Events | Why is the Chinese Communist Party afraid of ghosts? 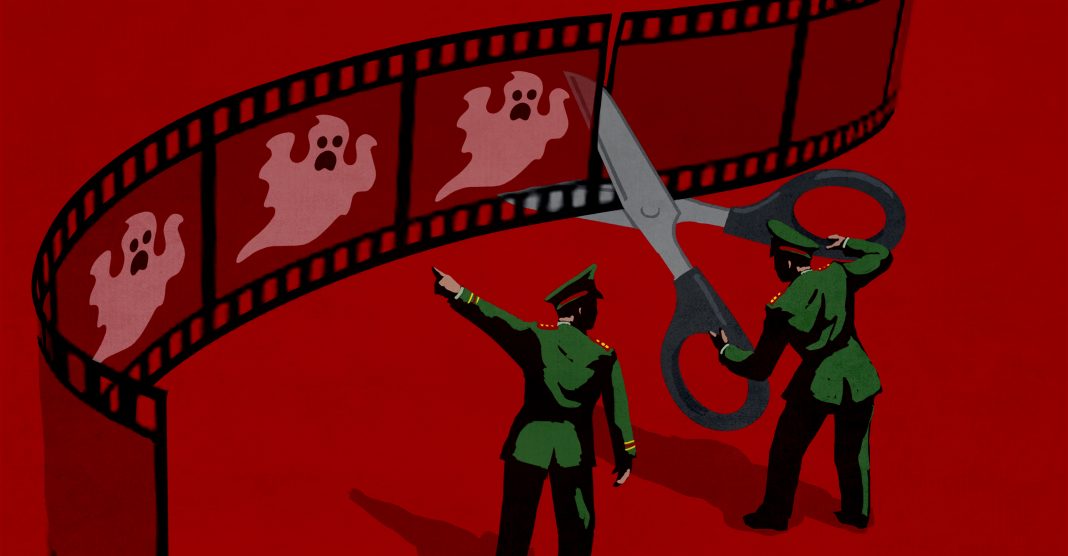 Who doesn’t like a good scary movie? Or a tale of adventure that spans the dimensions of time and space?

The Chinese Communist Party routinely censors movies, newspapers, television and social media within China that criticize its repression in Tibet, its crackdown in Tiananmen Square and, of course, its censorship.

But why would the CCP be afraid of ghosts and time travel?

According to PEN America’s recent report “Made in Hollywood, Censored by Beijing,” the CCP censors topics that could remind viewers of its authoritarian control and corruption.

In Chinese literature and folk tales, “evil ghosts” serve as a metaphor for corrupt officials, the report says, citing Aowen Jin, a British artist who was born in China. “Banning ghost stories sounds almost absurd and laughable to the West, and yet it carries the deep-rooted, historical fear that the government feels about its own people,” Jin said.

The 2016 U.S. remake of the comedy Ghostbusters was banned in China. It fell victim to the CCP’s 2008 restrictions of movies that depict “terror, ghosts and the supernatural.”

One Hollywood writer tells PEN America, a nonprofit that defends freedom of expression, that the popular 1990 movie Ghost with Demi Moore would likely not be re­made today for fear CCP censors would ban it from the lucrative Chinese market.

The PEN America report is merely the latest evidence of how far the CCP will go to maintain its grip on information. The Committee to Protect Journalists, in a December 2019 report, found that China jails more journalists than any other country in the world.

The CCP also employs tens of thousands of people at the national, provincial and local levels to monitor the internet. Banned content ranges from references to the regime’s human rights violations at Tiananmen Square in 1989 to images of Winnie the Pooh, which Chinese internet users sometimes use to represent President Xi Jinping.

The regime seeks to ensure Chinese people learn only the party’s version of history.

CCP censors in 2011 issued guidelines banning depictions of time travel, claiming those movies had been “treating serious history in a frivolous way.” Although the prohibition is vague, a Hollywood producer tells PEN America that stories of time travel could offer different interpretations of history.

A critical view of modern history landed Mongolian historian Lhamjab Borjigin in jail in 2019 on charges of “separatism” and “sabotaging national unity” for publishing a book documenting CCP–backed atrocities in Inner Mongolia during the Cultural Revolution.

American film director Judd Apatow recently told MSNBC that movies that would awaken the world to the CCP’s ongoing human rights abuses, such as its internment of more than 1 million Uyghurs and other minorities in Xinjiang, might never get made.

“Instead of us doing business with China and that leading to China becoming more free,” Apatow said, “what has happened is … China has bought our silence with their money.”

U.S. Attorney General William Barr said in July, “Globalization does not always point in the direction of greater freedom. A world marching to the beat of Communist China’s drums will not be a hospitable one for institutions that depend on free markets, free trade, or the free exchange of ideas.”