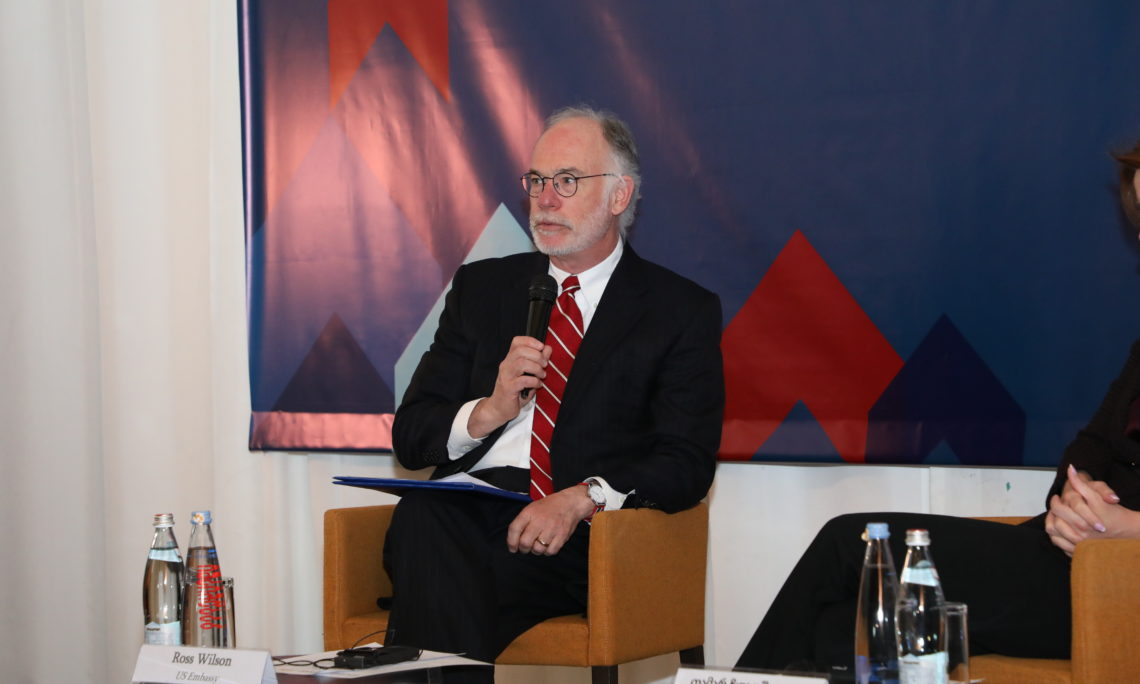 Charge d’Affairs, Ambassador Ross Wilson: I was greatly honored to take part in the opening of this conference here organized by the Gender Equality Council and the USAID. It showcases women, dozens of women, who are in that room accomplishing great things for this country. The issues of the role of women in public life, of empowerment of women and girls, of equality, those are difficult in the United States, they are complicated here. We support the work that is going on in the room next door, we hope that it will continue.

Q-n: what would you comment on the initiative of the opposition to gather one million signature in order to initiate the legislative changes to the election law, in particular transition from majoritarian system to the proportional, and also, on Jens Stoltenberg’s statement that there were some problems during the presidential elections?

Charge d’Affairs, Ambassador Ross Wilson: The United States shares the assessment of the OSCE of the elections that took place last fall, there were a number of positive aspects and there were a number of problems, and the OSCE has made many recommendations to improve the process of elections here, we support those, and I think, at least in the first instance, that is our primary focus.