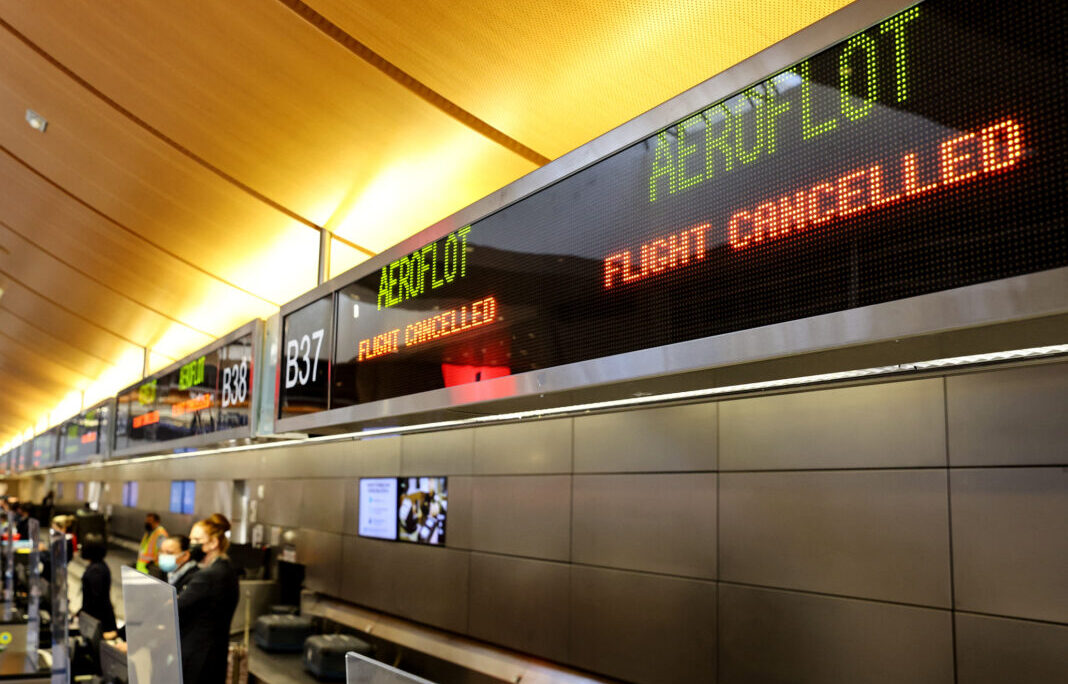 Countries worldwide are taking action to deter Russian President Vladimir Putin from continuing his war in Ukraine. More than 30 countries have announced strong sanctions and export controls targeting Russia, presenting a united front against Russia’s aggression. The United States, Australia, Canada, France, Germany, Italy, Japan, South Korea, Singapore, Switzerland, the United Kingdom and the European Commission are among those that took action against Russian banks, businesses, oligarchs and Putin. In the face of international pressure, the Russian ruble dropped 30% and the country’s stock market was suspended February 28. We “are inflicting pain on Russia and supporting the people of Ukraine,” President Biden said in his State of the Union address March 1. “Putin is now isolated from the world more than he has ever been.”

Over 40 countries and territories, including the United States, have banned Russian aircraft from their airspace. European Commission President Ursula von der Leyen said February 27 that Russian planes, “including the private jets of oligarchs” could not take off, land or overfly the European Union.

First, we are shutting down the EU airspace for Russian-owned, Russian registered or Russian-controlled aircraft.

They won’t be able to land in, take off or overfly the territory of the EU.

Including the private jets of oligarchs. pic.twitter.com/o551M9zekQ

In a February 26 joint statement, the leaders of the United States, Canada, France, Germany, Italy, the United Kingdom and the European Commission said they were prepared to take further measures to hold Russia to account for its attack on Ukraine. “We will hold Russia to account and collectively ensure that this war is a strategic failure for Putin,” the leaders said.

Also on the international front: